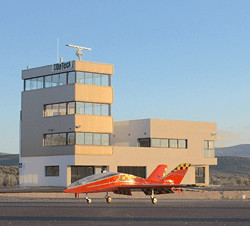 “By incorporating multiple sensors including radar, TCAS and ADSB receivers into the HARRIER system, DeTect is able to provide the most secure and seamless real-time surveillance system in the world for detection and tracking of small Remotely Piloted Aircraft Systems (RPAS),” said Edward Zakrajsek, General Manager of DeTect Global, Ltd, London.

Zakrajsek added: “The HARRIER security and surveillance radar provides full surveillance coverage from ground level to altitudes up to 6000 meters with ranges out to 48+ kilometers and allows the system to function as a multi-purpose sensor for simultaneous detection, alerting and tracking of aircraft and drones.”