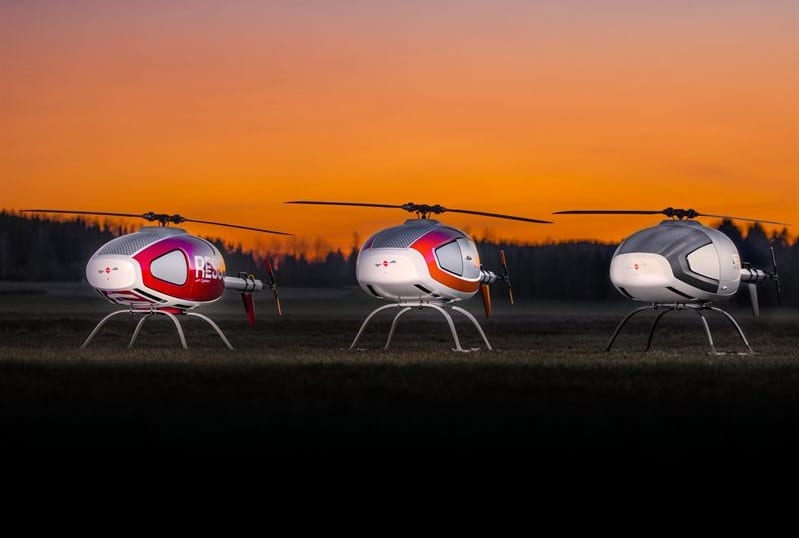 CybAero, a developer and manufacturer of remotely piloted helicopters (VTOL UAVs), has announced its new product line, the APID ONE. The product line is based on over 20 years of experience and extensive development and refinement of the company’s earlier product, the APID 60. The product line was unveiled to stakeholders, investors and the media at the Swedish National Museum of Science and Technology (Tekniska museet) in Stockholm.

“We have been seeing a rapid increase in demand in several different areas of application for a long time now. As a result, we have developed a new product line based on the expertise and experience we have accumulated over the years,” says Mikael Hult, CEO of CybAero.

The APID ONE gives CybAero even greater customization capabilities for defense clients and users in the civilian and commercial markets.

“This boosts our competitiveness on the world market,” says Mikael Hult.

The APID ONE consists of three different models: DEFENCE, which caters to defense clients, and RESCUE & RANGER, which are geared toward civilian and commercial clients.

The APID ONE DEFENCE is the most advanced version of the APID ONE system. It can be fitted with different sensors and equipment to optimally support various defense units in their operations. This makes the APID ONE Defence a strategic component in a modern defense force, which is capable of providing equally good or better efficiency in a cost-effective, safe and reliable manner. Some areas of application include: anti-submarine operations, intelligence operations and protection of specific units or sensitive cargo.

The APID ONE RESCUE is designed for rescue operations in which time is a critical success factor. With its quick preparation time, its ability to take off from almost anywhere and its advanced sensor solutions, the APID ONE can be a decisive factor in lifesaving and property-saving operations. The APID ONE also has a maritime configuration available as an add-on that enables it to be stored onboard and to be used to autonomously take off and land on ships. Areas of application include: fire monitoring, searching for missing people on land or at sea, natural and environmental disasters and traffic accidents.

With the APID ONE RANGER, power line systems, water & oil pipelines and industrial facilities can be inspected and monitored cost-effectively. The APID ONE RANGER can be equipped with a Doppler laser (LIDAR) or a synthetic aperture radar (SAR) which enables it to “see” a target despite foggy conditions or a snowstorm. Areas of application include: forest inventories, environmental research, mapping, traffic surveillance and wildlife inventories and protection.