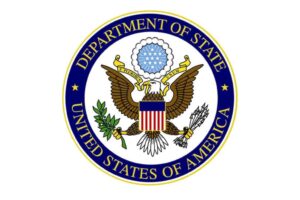 The U.S. State Department has announced a new export policy that governs the international sale, transfer and subsequent use of U.S.-made military and commercial unmanned aircraft systems (UAS).

The new export policy builds upon the U.S. Conventional Arms Transfer Policy and is part of a broader United States UAS policy review which includes plans to work with other countries to shape international standards for the sale, transfer, and subsequent use of military UAS.

The main points of the new policy are as follows:

Enhanced Controls on the Export of U.S.-Origin Military UASs

The new policy also maintains the United States’ long-standing commitments under the Missile Technology Control Regime (MTCR), which subjects transfers of military and commercial systems that cross the threshold of MTCR Category I (i.e., UAS that are capable of a range of at least 300 kilometers and are capable of carrying a payload of at least 500 kilograms) to a “strong presumption of denial” for export but also permits such exports on “rare occasions” that are well justified in terms of the nonproliferation and export control factors specified in the MTCR Guidelines.

Principles for Proper Use of U.S.-Origin Military UAS

Enhanced Controls on the Export of U.S.-Origin Commercial UAS

The United States is equally committed to stringent standards for the sale, transfer, and subsequent use of U.S.-origin commercial UAS, to include future commercial MTCR Category I systems. All commercial UAS will be reviewed under the requirements and licensing policies described in the Export Administration Regulations.