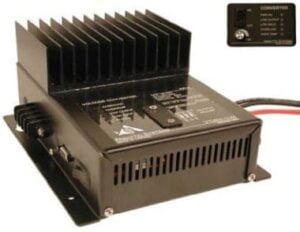 The US Marine Corps through Tobyhanna Army Depot has chosen Analytic Systems to provide over 600 rugged commercial Voltage Converters this year, for use in a kit used in SUVs to support an IED Defeat program. The model VTC605-12-24 is a standard commercial product originally designed for the rigorous commercial marine market. No added ruggedization was deemed necessary by the Army as the VTC605 was seen as a superior unit in its normal configuration.

The VTC605 will be used to adapt anti-IED equipment for the Counter Radio Controlled IED Electronic warfare Program (CREW) to vehicles that have 12V systems. The program was started during Operation Enduring Freedom in 2008.

Analytic Systems’ voltage converters have been used in a number of other anti-IED programs for the US and NATO military forces, like Project Angelfire in Iraq.