In 2004 KCF Technologies was funded, through a Navy Small Business Technology Transfer (STTR) project (N04-T020), to create a tether-based underwater positioning system for a variety of underwater applications including positioning vehicles in mine countermeasure applications. Through several years of development, KCF created a technology that met the challenges. The resulting commercial product, Smart Tether, sold its 100th system in 2011 and is marking three years since the technology was first commercially available. 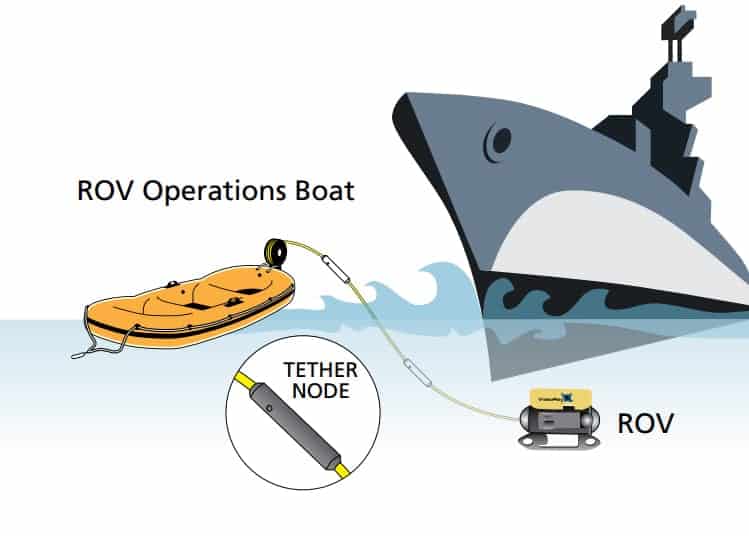 Of the milestone, KCF President Dr. Jeremy Frank said, “KCF is proud to have achieved a commercial success with the Smart Tether and it’s demonstrated by the 100th system that’s out being used and solving real problems for the Navy, US Coast Guard and commercial customers on jobs around the world. The key for KCF is to turn research projects into commercial successes and achieve real world objectives. This is a commercial success that we are very proud of.”

In 2011, KCF’s Smart Tether was integral in helping VideoRay, obtain a $2.2 million contract from the Combating Terrorism Technical Support Office (CTTSO) of the United State Department of Defense (DoD). The contract updated all USCG VideoRay ROVs with the latest technology including the latest version of the Smart Tether navigation system which included enhancement specific to the CTTSO to expand their role and work in challenging conditions.

Smart Tether has also been used by Navy divers to aid in the recovery of the sunken remains of the USS Westfield, a Civil War gunboat. Smart Tether was used to assist the recovery because poor visibility and strong currents made it difficult for divers to navigate underwater without a positioning system to direct them through a predetermined search grid.

KCF Technologies is a dynamic technology company that develops and commercializes products and solutions for industry and the military. The company vision is to be a leader in the development of federally-funded technologies and bridge the gap to successful commercial products by establishing strategic partnerships.