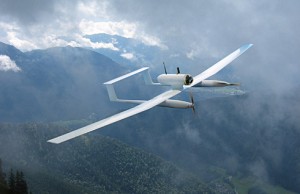 Cassidian Tracker Mini UAS will be displayed at Eurosatory

EADS and its divisions – Airbus/Airbus Military, Astrium, Cassidian and Eurocopter – will have a major presence at the Eurosatory 2012 defence and security exhibition near Paris, with a diverse portfolio of products, services and technologies on display.

Visitors to the show, which runs June 11-15 at the Paris Nord Villepinte Exhibition Centre, will be able to see the unrivalled capabilities of the EADS Group in the defence and security field, ranging from aircraft platforms and missiles to secure communications systems. The EADS Pavilion is located in the outdoor exhibition area (Stand Number D480).

Cassidian, the defence & security division of EADS, will present its wide array of security solutions and systems. These include the Tanan vertical take-off and landing (VTOL) Unmanned Aerial System, the Tracker mini-UAS as well as the new Cassidian CyberSecurity solutions for Cyber Defence & Professional Services, Trusted Infrastructure and Secure Mobility. During Eurosatory, Cassidian will also launch a new member of the SPEXER Security Radar family: the SPEXER 1500. Using the latest Active Electronically Scanning Array (AESA) technology, it is specifically designed for the mobile protection of border regions and sensitive industrial or military installations. MBDA will present its range of missiles and missile systems on a separate Stand (Number D550). EADS is a shareholder in MBDA.

Airbus Military will display models of its A400M turboprop airlifter and the A330 Multi Role Tanker Transport aircraft. The versatile A400M, which can perform both tactical and long-range strategic/logistic missions as well as refueling, has already been ordered by Belgium, France, Germany, Luxembourg, Spain, Turkey, the U.K. as well as Malaysia. The MRTT has been ordered by Australia, the U.K., Saudi Arabia and the United Arab Emirates with six aircraft delivered to three customers last year.

Astrium, the European leader in space-born defence & security systems developing the complete weapon system for the M45 and M51 French ballistic missiles, will showcase projects such as the Geostationary Observation Space Surveillance System (GO-3S) which is an earth observation satellite designed to operate in geostationary orbit within 10 years. Once in orbit it would be able to gather real-time information for security and defence purposes and humanitarian missions.

Astrium will also display the welfare communication services it can provide to European Armed Forces for troops on overseas operations, and some of its solutions, in the frame of NATO’s anti-ballistic missile defence program, for the protection of European populations, territories and troops, such as the Exoguard interceptor concept. Eurocopter will display some of its key helicopters for military, security and patrol missions. These include the long-range 11-metric-ton twin-engined EC725, whose capabilities are being demonstrated in Afghanistan with the French Armed Forces in its Caracal version; the AS565 Panther which is particularly suited to security and defence missions, marine surveillance, tracking and search & rescue; the EC635 which offers high performance and manoeuvrability for use in scouting, anti-piracy and public security missions; and the AS550 Fennec, a highly-capable multi-role military helicopter that is well suited for combat missions, firefighting support, observation, protection and training missions. A model of the EC665 Tiger – the best-performing attack helicopter in the world currently being operated in Afghanistan – will also be on display. In addition, the NH90 and the Tiger will be displayed on the French Army’s Stand.