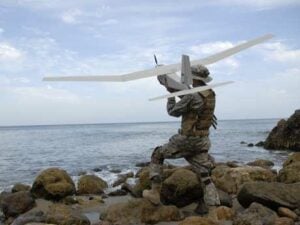 AeroVironment as received a firm fixed-price order for 12 hybrid small unmanned aircraft systems (UAS) from the Swedish Defence Materiel Administration (Forsvarets Materielverk) on behalf of the Swedish Army. The order consists of Puma AE(TM) and Wasp(TM) air vehicles, ground stations, training and logistics support. The order is the result of a competitive evaluation and procurement process. Contract options could increase the procurement to a total of 30 systems.