eVTOL and Its Place in a Sustainable Aviation Ecosystem

An industry driven by innovation and advancement stands on the precipice of transformation, with two different but complementary elements at play. 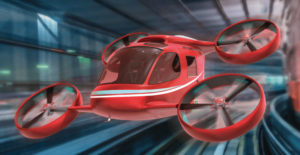 The first is the development and adoption of cleaner fuels for existing aircraft and less carbon-intense ways of managing the existing aerospace infrastructure. There is widespread belief that the aviation industry, responsible for around 2% of global, human-made carbon emissions, needs to decarbonize.

The second refers to the new breed of pioneers building an entirely new ecosystem, based on clean fuels and transformative operating models.

Development achieved in both areas will ultimately complement one another, keeping observers and investors guessing in the meantime about which innovations and operating models will ultimately prevail.

Estimates for the number of established start-up companies in the eVTOL (electric Vertical Take-Off and Landing) space run upwards from 300. Many of these entities are in advanced testing phases, with several having built multiple full-scale aircraft that have flown many thousands of hours.

Funding is seemingly abundant, with some companies boasting valuations of over USD1 billion before a single commercial flight has been booked. Others have secured lucrative contracts with, and backing from, global leaders in cargo and passenger transportation.

Also referred to as UAM (Urban Air Mobility) and AAM (Advanced Air Mobility), these players envisage an entirely new operating model, brought about by quieter, carbon-neutral aircraft. While cities around the world have done little to encourage helicopter activity, UAM companies are betting on their ability to develop networks of landing pads and charging stations in and around urban centers.

Successful development of these hubs, being commonly referred to as vertiports, will require the support of city officials, regulators and the communities in which they hope to operate.

Many visionaries talk about alleviating traffic from cities by creating highways in the sky able to transport thousands of commuters and packages. It is perhaps difficult to imagine just how many aircraft will be required to make an impact on road traffic, especially as city populations swell.

Other UAM proponents talk about democratizing aviation, where the cost of taking an electric aircraft from downtown locations to the local airport costs an amount similar to ground transportation. While this might ultimately be the case, it is more likely that package delivery will be the initial way in which the vast majority of people are able to benefit from the urbanization of aviation.

Rise of the Vertiport 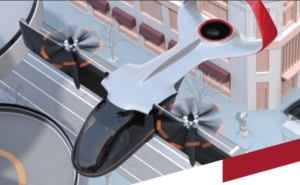 Another challenge facing innovators is the task of developing the ground infrastructure to support high-turnover operations. Not only will these terminals need to be at a scale capable of supporting the projected growth of operations, but they will also need to be in convenient, inner-city locations.

What isn’t immediately clear is whether the charging stations and other facilities will be designed in a collaborative way amongst various operators, or will follow the Tesla model of being unique to a particular company. City planners might look more favorably at green-lighting facilities that are developed with a cooperative approach that encourages competition and whose viability is not dependent on the success of one company.

Add to the equation the potential for commuter flights in personal flying vehicles and the ground infrastructure conundrum grows more complex.

Many UAM industry exponents cite noise as the main reason why helicopter flights have been driven out of urban settings over the recent decades. While safety was undoubtedly a serious consideration, the quiet nature of battery-powered aircraft is offered as a good reason why eVTOL aircraft should succeed where helicopters have struggled.

This new group of aircraft has one thing in common in addition to their fuel source: the adoption of advanced flight management systems. Many rely heavily on automation, with some designed for fully autonomous or remotely piloted flight.

While the technology required for autonomous flight is in advanced stages of development and testing, the regulatory hurdles that will need to be overcome for adoption in a commercial setting will likely prompt most operators to start in an onboard-piloted configuration.

“Estimates for the number of established start-up companies in the eVTOL space run upwards from 300.” 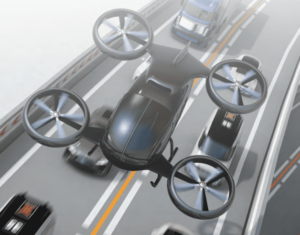 While the challenge is significant, the next phase of aerospace infrastructure development, aimed at creating an entirely new system of passenger and cargo transportation, is well underway. Increasing public concern about climate change, coupled with governmental support of green initiatives, should help pave the way for innovation to flourish.

For those at the front line of creating this new ecosystem, progress will no doubt seem glacial, as regulators around the world grapple with balancing safety management with supporting progress.

The aerospace industry has always been at the cutting edge of technology. It now has an opportunity to create solutions that will have an impact far beyond air travel. Transformation can be realized that will ensure the next era of development can continue aviation’s legacy of connecting communities, but with greater reach than ever before and a lower environmental impact.