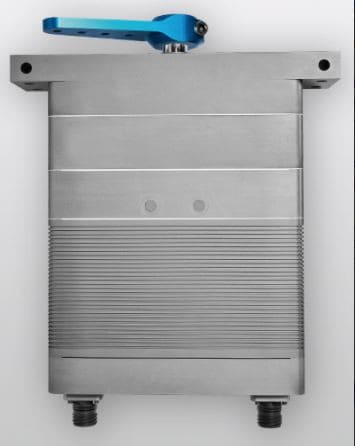 With a peak torque of >200Nm / 1770 lbf-in and a rated torque of 80Nm / 708 lbf-in, the fully redundant DA 58-D is the strongest, electromechanical, fully integrated (actuator control electronics, position sensing, motor and drivetrain in one housing) actuator in the market. Besides the well-proven redundant RS 485 interface, the DA 58-D also features a redundant CAN bus interface.

The DA 58-D has been developed for applications with the highest reliability demands. The redundant – two channel – design of the actuator allows continuous operation even if one of the two channels has failed. All major components such as the electric motors, control and communication electronics, and power supply are available twice (redundant). The actuator features a triple-redundant position sensor (2 out of 3 voting). Additionally there are several sensors integrated to provide diagnostic information such as current consumption, supply voltage levels and temperature readings. All major components of the actuator are continuously diagnosed by the microcontrollers of the actuator and its health status can be read via the redundant RS485 / CAN interface.