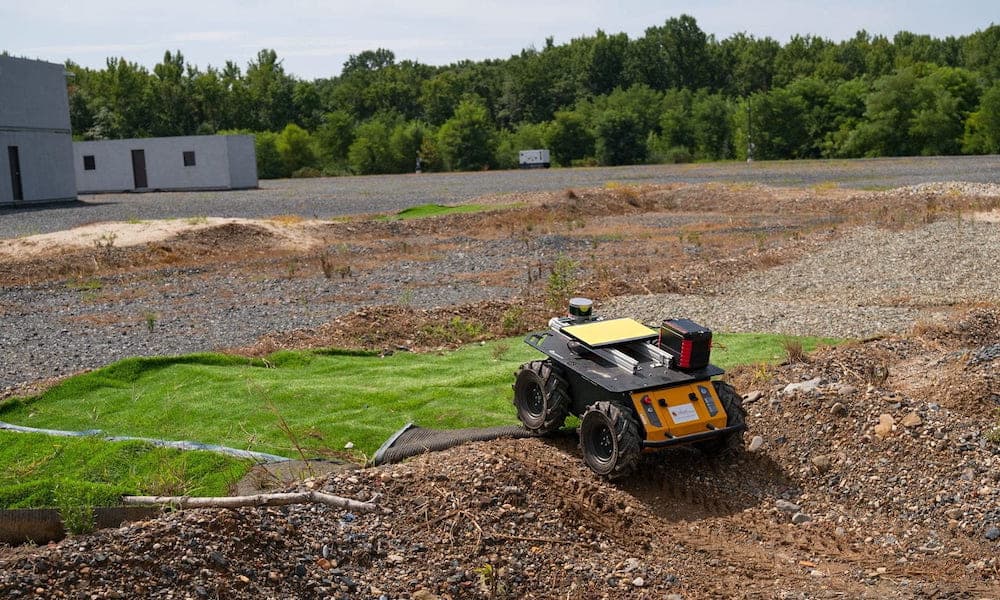 The University of Maryland (UMD)’s five-year ArtIAMAS (AI and Autonomy for Multi-Agent Systems) cooperative agreement with the US Army Research Laboratory (ARL) has received third-year funding of up to $15.1 million.

This third-year funding is one of the largest single-year sponsored research awards for the Clark School of Engineering, bringing the ArtIAMAS funding total to $26.5 million to date.

Initiated in May 2021, ArtIAMAS focuses on safe, effective, and resilient capabilities and technologies that work intelligently and cooperatively with each other and humans. The research spans engineering, robotics, computer science, operations research, modeling and simulation, and cybersecurity.

The agreement builds on a more than 25-year research partnership between UMD and ARL in AI, autonomy, and modeling and simulation. Funding could reach $68 million.

Professor Derek Paley (AE/ISR), the director of the Maryland Robotics Center, is the lead researcher for the extensive ArtIAMAS project, which began in May 2021. Co-PIs are Professor Jeffrey Herrmann (ME/ISR) and ISR-affiliated Distinguished University Professor Dinesh Manocha (CS/UMIACS/ECE).

“This large project supports more than 50 faculty and more than 120 students,” said Paley, “and notably, there are eight subcontracts planned for Year 3, including three HBCUs.”