The decision to procure the software was preceded by testing on behalf of the responsible State Office for Central Police Services, during which ELYSION was tested particularly in the context of its usability to secure major events esg News By Phoebe Grinter / 19 Jan 2023 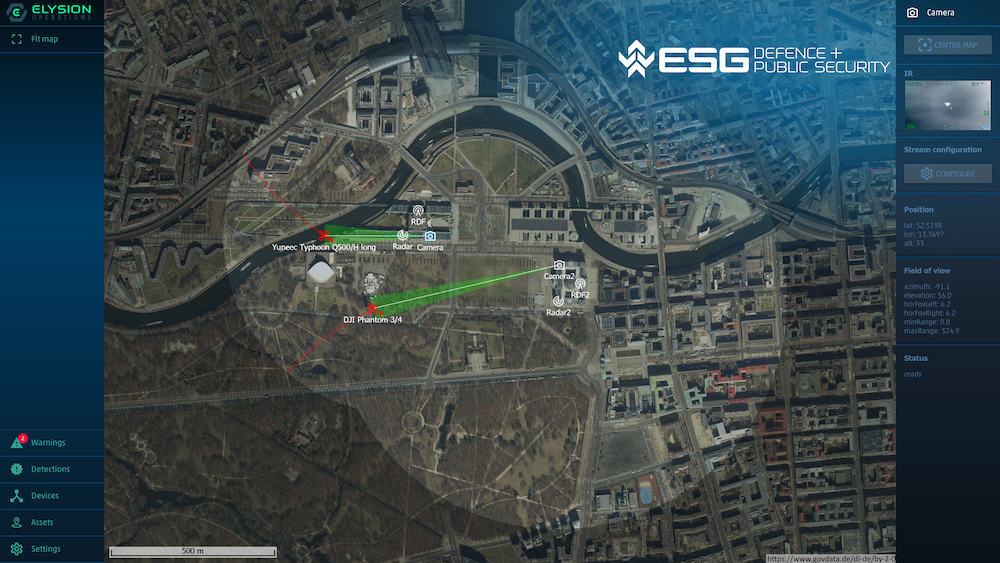 North Rhine-Westphalia (NRW) Police Force have selected to use ESG’s ELYSION Counter-UAS software to protect against drone threats in the western German state.

The decision to procure the software was preceded by intensive testing on behalf of the responsible State Office for Central Police Services, during which ELYSION was tested for around a year, particularly in the context of its usability to secure major events.

According to the Drone Defence Operational Advisory Centre at the NRW Central Police Office, ELYSION proved its performance during the comprehensive test phase and was also able to demonstrate its operational readiness at the 2022 G7 summit in Elmau, Germany.

Police authorities of German federal- and state agencies, the German Armed Forces, and international customers use ELYSION. For future operations, all users will benefit from the experience gained and the possibility of networking in inter-agency cooperation.

ELYSION is a comprehensive further development of the GUARDION software core consisting of processing core intelligence and highly networked, map-based situation display. The extensive operational experience and feedback from various civilian, police and military customers and users has been directly incorporated into the ELYSION software, so that it reflects the diverse and highly complex requirements of operations in an ideal way.

Following the successful acceptance of the “Defense System against Unmanned Aerial Vehicles” (Abwehrsystem gegen unbemannte Luftfahrzeuge – ASUL) by the German Armed Forces in summer 2022, the procurement of ELYSION by the NRW police represents a further important success for ESG’s drone defense team.

Both events highlight the significance of drone defense for the area of domestic and foreign security and ESG’s role as a partner for reliable protection against threats from uncooperative drones.