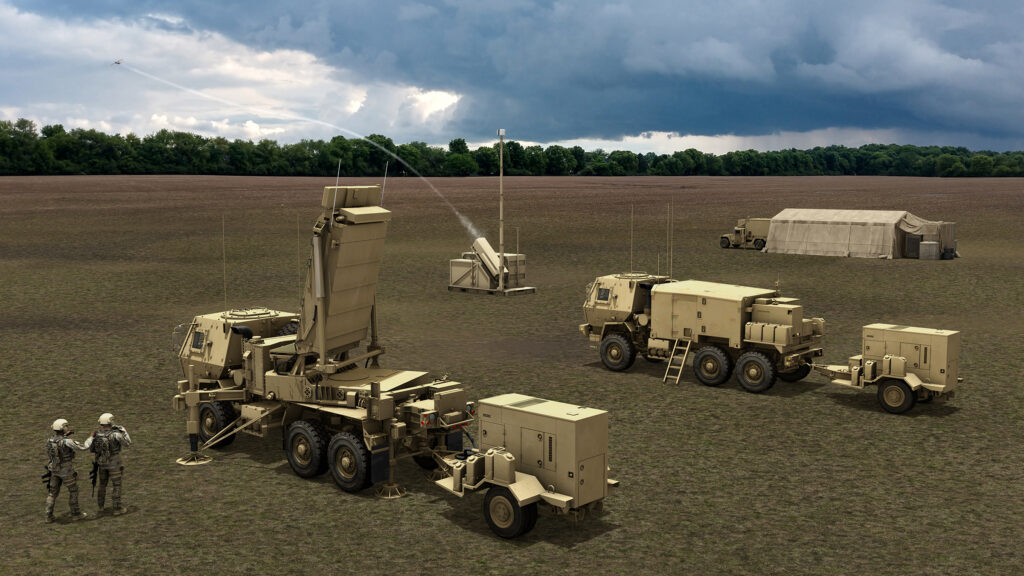 Lockheed Martin has confirmed that the U.S. Army’s AN/TPQ-53 (Q-53) Multi-Mission Radar (MMR), developed and manufactured by the company, has been successfully integrated with an Army command and control system and provided tracking data to launch a counter unmanned aerial system (C-UAS) defeat system in Yuma, Arizona.

During the exercise, the Q-53 integrated with the Forward Area Air Defense Command and Control (FAAD C2) system to serve as the primary fire control source for the Coyote Block 2 C-UAS defeat system during testing in Yuma. The Q-53 detects, classifies, tracks and determines the location of enemy indirect fire such as mortars, rockets and artillery, and its mission continues to expand to other emerging threats.
Lockheed Martin has delivered 195 Q-53 radars to the Army and international partners to date.

The Q-53 radar has high reliability and its performance drives the Army’s desire to modernize the radar and continue to expand the system’s mission requirements. The Army has previously awarded Lockheed Martin a significant follow-on contract to demonstrate the ability of the Q-53 radars to enhance future capability and maintain superior performance over peer and near-peer adversaries.

These enhancements enable increased radar performance in challenging operating environments. Upgrades include support for Long Range Precision Fires and Air and Missile Defense missions. The Q-53 capabilities are key enablers for these missions and represent continued dedication to the advancement of technology in this space.