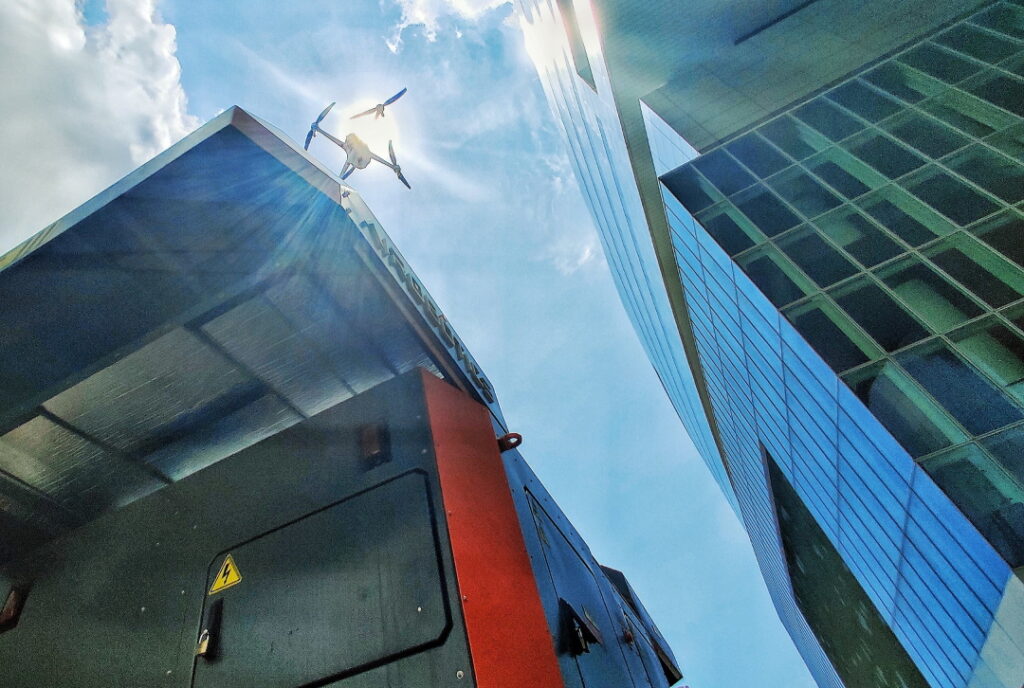 Airobotics has confirmed that it is supplying additional drone systems and services to a UAE government entity in support of a larger fleet deployment to establish the company’s Optimus Urban Drone Infrastructure. The order is a follow-on to initial systems and services that were provided and thoroughly reviewed by the customer during the Dubai Expo. During the event, Airobotics successfully carried out thousands of operational drone flights without human intervention under challenging environmental conditions and in densely populated areas, to the end user’s satisfaction.

The Airobotics system is designed to operate as a network of smart drones linked to an urban control center, and will function as a municipal infrastructure providing a variety of automated data solutions. The primary function of the deployed Urban Drone Infrastructure is to shorten the response times of security and rescue forces to emergency situations, supporting law enforcement and homeland security activities, and streamlining diverse services provided by the municipality for the public’s benefit. Airobotics is also examining drone parcel delivery and other smart city applications to be provided by the infrastructure.

Airobotics is active in the UAE and additional countries, and has plans with other customers to establish permanent infrastructure which rely on fleets of automated drones that do not require on-the-ground human intervention to operate. The drones are able to operate as a taskforce that can simultaneously collect and provide critical information for a variety of customer requirements. The Airobotics drone infrastructure is specifically designed for urban environments and strategic facilities that require immediate security, monitoring and emergency response. Each system within the infrastructure framework includes a smart airbase enabling automated battery changes and 24/7 operations, along with the automated loading and installation of sensors appropriate for each specified mission. Each system covers a perimeter up to 80 square kilometers surrounding an airbase. Drone flights can be tasked to carry specific sensors, enabling every drone in the system to execute diverse tasks. The drones can be activated for complex longer-term operations. Flights are overseen by remote operators in a command-and-control center.

Airobotics believes the Optimus Urban Drone Infrastructure will be widely deployed across this specific UAE city over the next few years. To date, two systems have already been deployed. Completion of the current transaction will bring this customer’s deployed Airobotics fleet to four systems.