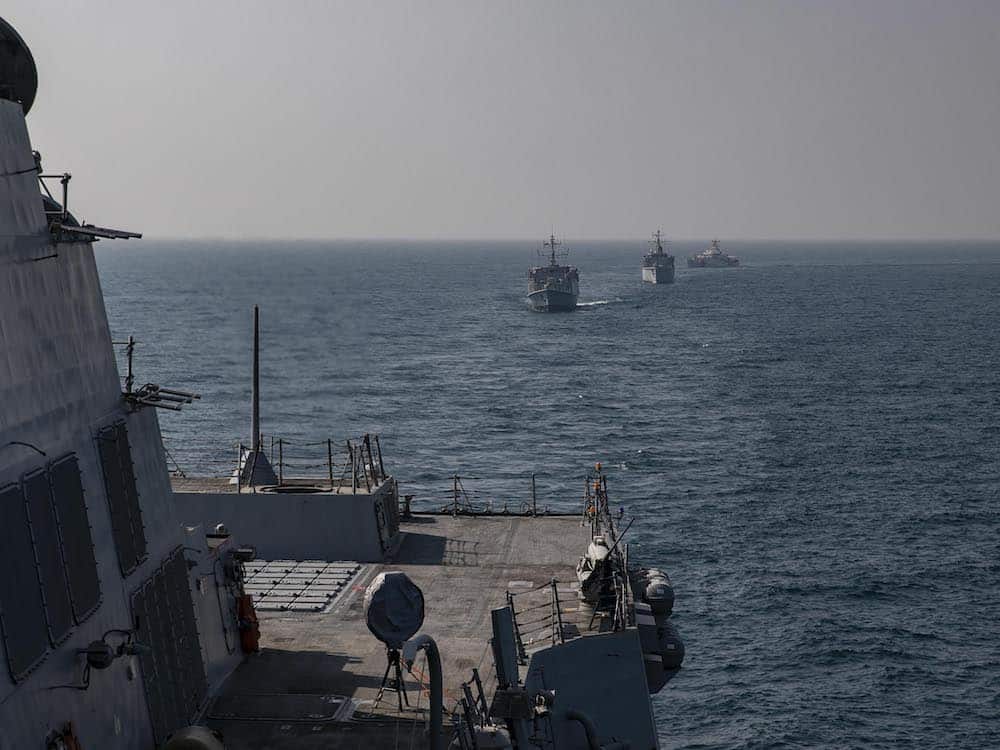 Naval forces from the United States and United Kingdom conducted a bilateral exercise in the Arabian Gulf, October 7, 2022, which featured the use of unmanned systems and artificial intelligence to enhance maritime monitoring by crewed ships and operators ashore.

The one-day exercise, called Phantom Scope, occurred in international waters off the coast of Bahrain with forces from US 5th Fleet and the UK Royal Navy.

“Putting more eyes out on the water enhances our picture of the surrounding seas and enables us to position our crewed ships to react more rapidly,” said Vice Adm. Brad Cooper, commander of US Naval Forces Central Command, US 5th Fleet and Combined Maritime Forces.

During the exercise, unmanned and artificial intelligence systems operated in conjunction with crewed ships and naval command centers ashore in Bahrain. Sensors from unmanned vessels were able to locate and identify training aides in the water and relay visual depictions to the command centers.

“Whenever we work in the maritime environment, particularly when working alongside international partners, it is critical we have relevant maritime domain awareness,” said Royal Navy Commodore Adrian Fryer, commander of UK’s maritime component based in the Middle East. “Alongside the more traditional methods, uncrewed systems are an essential tool, and the future, in building this understanding, the picture they provide can enhance the security and stability of the maritime environment.”

US 5th Fleet established an unmanned systems and artificial intelligence task force in September 2021 to integrate new technologies into US Navy operations across the Middle East.

In the past 12 months, Task Force 59 has amassed more than 25,000 hours of experience integrating new unmanned systems and artificial intelligence. The task force has also established operating hubs in Bahrain and Aqaba, Jordan in close cooperation with regional partners.

“We have already achieved more today than many might have imagined possible when we started,” said Cooper. “Our goal is a distributed and integrated network of systems operated with our partners to significantly expand how far we can see.”