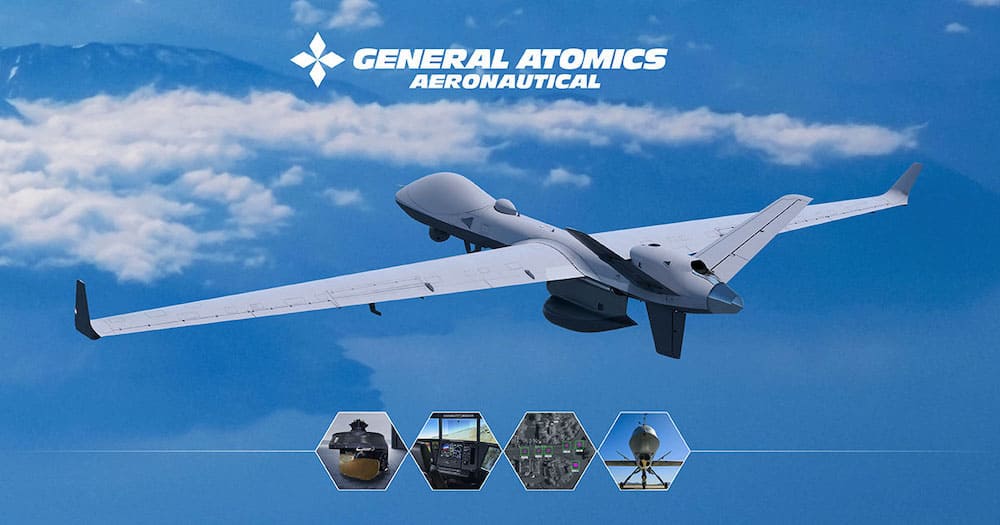 The aircraft flew out of Montgomery Field in Kearney Mesa, California in September 2022, and performed the test in segregated airspace near Yuma, Arizona. During this flight test, the team was able to maintain a link at 1.0 Gbps and exchange data, including real-time navigation, video, and voice data.

“This air-to-air demonstration was a major success and marks a critical milestone for GA-ASI’s Lasercom development team,” said GA-ASI Vice President of Mission Payloads & Exploitation, Satish Krishnan. “The success of this flight will pave the way for more opportunities to demonstrate crosslinks from aircraft to other platforms, including unmanned aircraft, maritime vessels, and space systems.”

GA-ASI has developed a family of optical communication capabilities and will play a role in transitioning these capabilities to users in a variety of domains, from air to sea.

GA-ASI believes laser communication is desirable for military applications because of its Low Probability of Intercept/Low Probability of Detection (LPI/LPD) and anti-jam capability that can support much higher data rates than radio frequency systems.

This capability can be applied as a podded solution to GA-ASI’s full line of unmanned aircraft, including MQ-9B SkyGuardian/SeaGuardian, MQ-9A Reaper and MQ-1C Gray Eagle 25M.