Along the way, viewers had the chance to watch the milestone moment live from The Machines Odyssey’s dashboard, which streams video and vessel data 24/7 directly from the boat sea-machines News By Phoebe Grinter / 13 Oct 2022 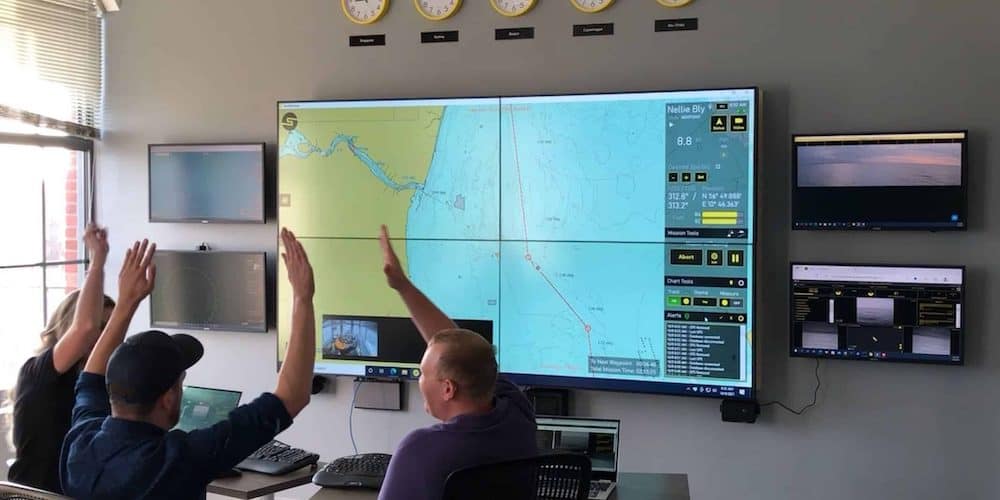 Sea Machines has successfully logged more than 500 autonomous NMs for The Machine Odyssey project after arriving in Laeso, Denmark.

Marking the halfway point of The Machine Odyssey’s record-setting 1,000 NM autonomous voyage around Denmark, the Nellie Bly arrived in Laeso after a 12-hour transit from Aarhus, Denmark. Along the way, viewers had the chance to watch the milestone moment live from The Machines Odyssey’s dashboard, which streams video and vessel data 24/7 directly from the boat.

“I am extremely proud of Sea Machines’ crew, both in the Boston command station and aboard the Nellie Bly. This is a momentous achievement that would not be possible without their hard work and dedication,” said the company’s CEO Michael G. Johnson. “After witnessing the energy and support of those who attended last week’s Copenhagen event, I speak for everyone at Sea Machines when I say that the enthusiasm and confidence for completing this mission successfully has never been higher. Thank you to all the supporters and our valued crew who have made this possible.”

The Machine Odyssey officially kicked off on Sept. 30, when the Nellie Bly departed Cuxhaven, Germany, for Denmark. Stops so far have included the following Denmark locations: Kiel Canal, Klintholm, Copenhagen, Hundested, Aarhus and Laeso. The weather, though cold, has cooperated so far, treating the voyagers to fair seas and bright skies.

“The Boston-based Sea Machines crew, including several members of the American Maritime Officers (AMO) labor union, have diligently kept watch over Nelly Bly and her surrounding marine domain. The SM300 autonomy system is doing its job to keep our remote operators informed and the vessel on course, on schedule and out of harm’s way. It’s been a straightforward mission so far and continues to prove that Sea Machines tech is ready for real vessel missions on the water, especially those requiring long-distance voyages,” said Capt. Lauren Lamm, a commander based in Sea Machines’ Boston control room.

“Along the way, we’ve travelled through the Black Sea and crossed the busy shipping lane, The Great Belt, the widest of the Danish straits. We’ve also passed by Kronborg Castle; Nysted offshore wind farm; the Sjælland Lighthouse; Samsø Island, the world’s first renewable energy-based community; Tunø, a car-free island; and so much more. Viewers can stay apprised of what we’re seeing by checking the Voyage Alerts section of the dashboard. We look forward to continuing to share details of our experiences during the second half of the mission,” said Capt. Bill Powers, who has manned the autonomous Nellie Bly for redundancy throughout the voyage.