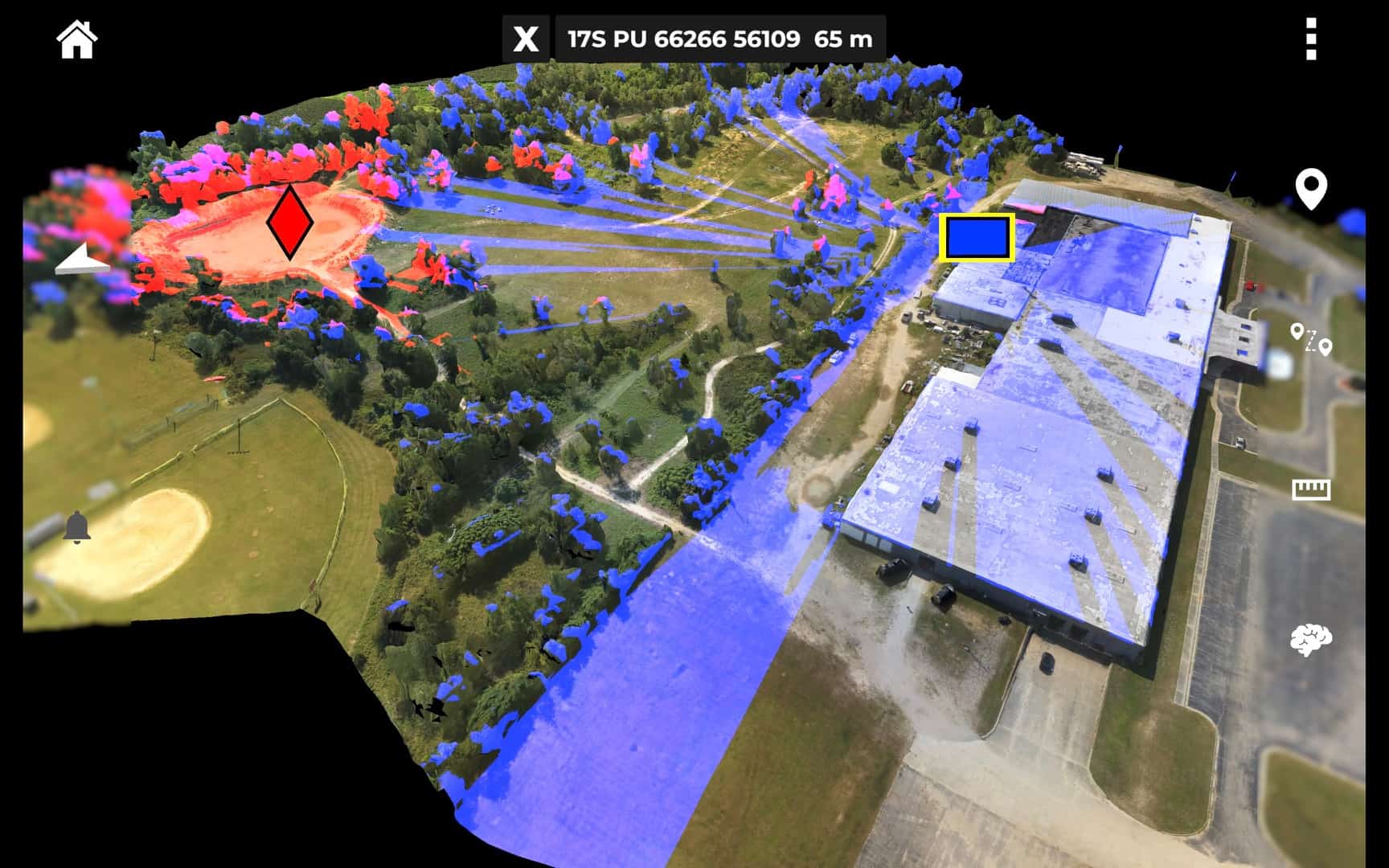 By dramatically increasing the speed of collection, users receive Farsight maps and analytics faster than ever. The groundbreaking technology was recently successfully demonstrated to U.S. Army Special Operations Command near Fort Bragg.

“Farsight already significantly sped up the rate at which aerial imagery could be used to help teams more safely and effectively carry out their missions,” said Reveal COO Andrew Dixon. “Simultaneously gathering data from multiple drones, such as using Teal’s 4-Ship multi-drone system, compounds this for significant intelligence advantages on the battlefield.”

Introduced in June, the 4-Ship allows a single operator to simultaneously control up to four of Teal Drones’ Golden Eagle drones, allowing for instant and ongoing 360-degree surveillance of a target. Farsight gives military teams virtually real-time access to detailed 3D maps of a target area that can be overlaid with:

These combined features provide a team with an advanced awareness of the situation as it actually is on the ground, leading to more successful missions.

Prior to Farsight, military teams in the field were often dependent on overtasked and often separate intelligence organizations, which resulted in slow-moving intelligence analysis that did not match the fast-paced environment on the ground. Farsight helps overcome this issue by blending state-of-the-art computer vision, AI and computing “at the edge” – computing in the field on handheld devices. Because all processing for Farsight is completed at the edge, no network connection is required, which eliminates the need for additional processing capabilities like servers or cloud infrastructure. This not only speeds up the entire process, but allows the creation of detailed, actionable maps from virtually anywhere on the globe. And, especially importantly, computing at the edge does not increase the team’s electronic signature to the enemy, which, as seen in Ukraine, could attract artillery fire, among other responses.

“A primary role of Teal Drones – which is one of only a handful of drone companies approved to provide equipment to the U.S. military – is to provide a superior airframe upon which others build apps that allow the military to better meet their objectives, including warfighter safety mitigation,” said Red Cat CEO Jeff Thompson. “This integration of Reveal’s Farsight software with Teal’s 4-Ship product is one of the most important apps that has been developed for the Golden Eagle so far. We are excited about our partnership with Reveal and look forward to even more groundbreaking developments in the future.”

“What sets Teal and Red Cat apart – and an important reason why we are excited to be working with them – is their demonstrated ability to build and ship product,” added Dixon. “Because Teal has a dedicated manufacturing facility in the U.S., they can make good on their promise to deliver product to the military on-time, which is an enormous advantage in today’s drone industry, and means that our technology is much more likely to get to users on the front lines when they need it.”