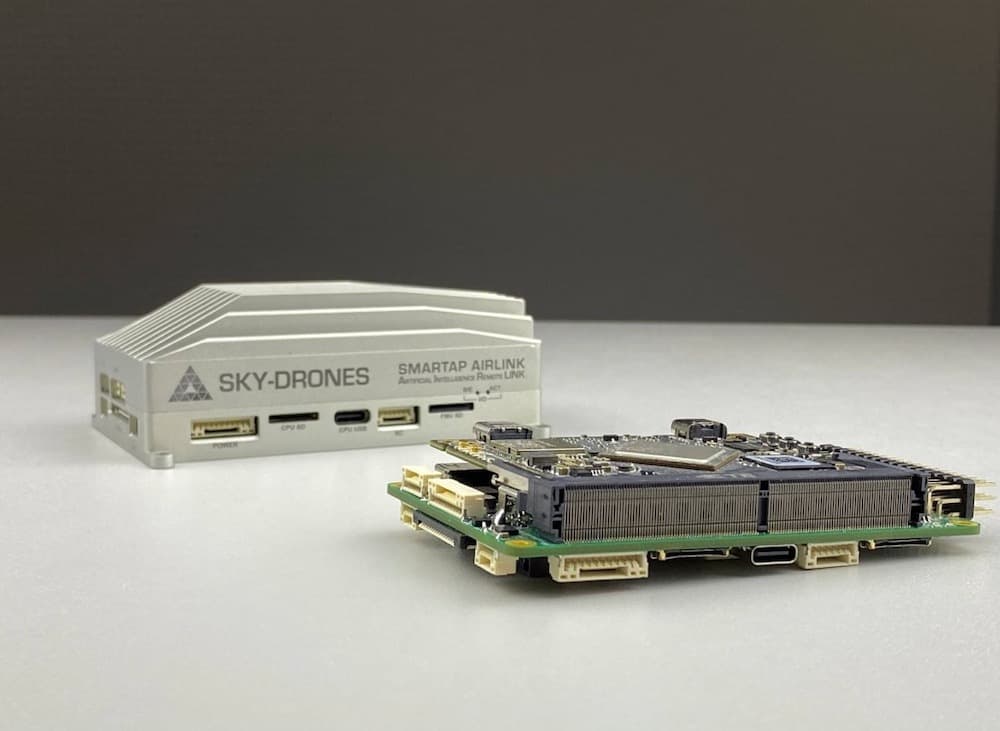 Specializing in unique and demanding payload criteria, CamFlite has announced a new partnership with Sky-Drones Technologies as it expands its product range.

CamFlite is currently manufacturing its latest Unmanned Aerial Vehicle (UAV) models, Ascent and Scout. The new Ascent system will be accompanied by Sky-Drones’ AIRLink as its autopilot.

Ascent by CamFlite is set to be the company’s flagship product; users can expect to see features including a compact design, ARK Electronics GPS and RTK systems, customizable CNC power transitions, and much more. Available in two variants for heavier and lighter applications, Ascent X and X8 are set to be some of the most valuable UAV assets. With Sky-Drones’ AIRLink autopilot, the dynamics of this UAV fleet are expected to be second to none.

AIRLink by Sky-Drones is one of the most advanced Artificial Intelligence (AI) avionics platform available. Standing for Artificial Intelligence and Remote Link, AIRLink is renowned for its capabilities in the security and defense sectors. Made from aviation-grade aluminium in the heart of the United Kingdom, AIRLink gives users the option for fully autonomous autopilot flights, AI mission computer intelligence, and LTE connectivity. With this technology deeply integrated into CamFlite’s drone fleet, joint users can take full advantage of the ever-advancing cutting-edge developments within the Sky-Drones Ecosystem.

Sky-Drones and CamFlite are offering their joint client base an ‘Everything is Integrated Everywhere’ approach thanks to Sky-Drones Cloud software, a drone fleet management, performance monitoring, mission planning, real-time control and post flight AI analytics platform. A storage facility for all data collected from an entire fleet, Sky-Drones Cloud is a centralized hub for key information and parameters, enabling drone workflow to step up to the next level. Tightly integrated with the hardware and Ground Control Station (GCS) software, the data transmitted from the drone to the GCS is readily available and recorded in Sky-Drones Cloud. The cloud can be accessed from anywhere around the world, meaning mission managers and heads of organizations can have the same access no matter what their location may be.

All CamFlite vehicles come with the user’s choice of command-and-control systems and a custom shipping case as standard. Sky-Drones offers its own AIRLink avionics solution with integrated Cloud software and associated support equipment, and CamFlite has taken its device range to the next level by developing its very own Ascent Shipping Container; full protection for the Ascent X/X8, landing gear and support equipment are all included.

The partnership between CamFlite and Sky-Drones offers both companies’ entire product range in a varied and customizable context.