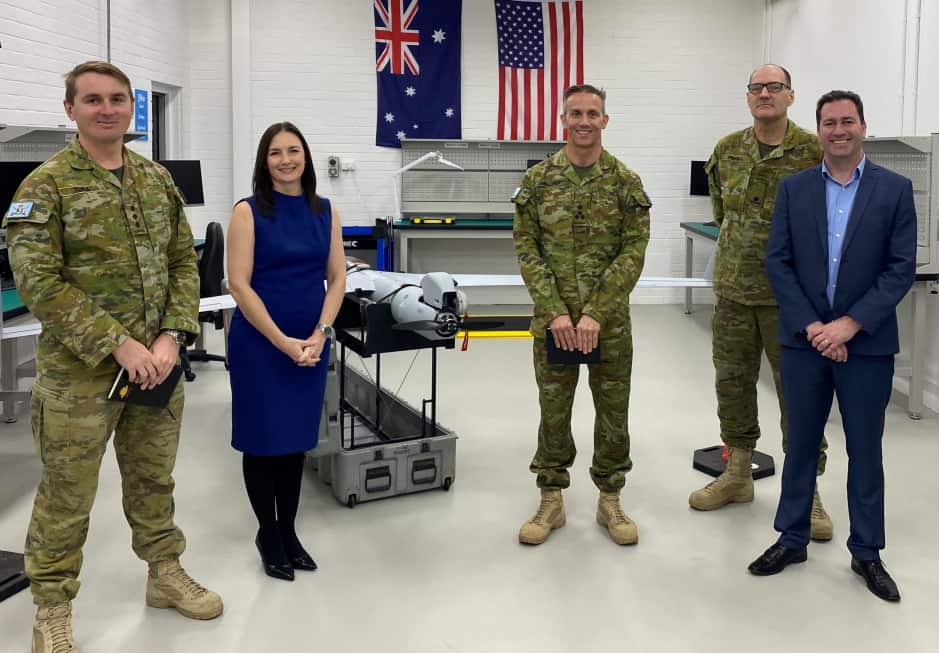 Orbital UAV has been awarded funding via the Australian government’s Defence Global Competitiveness Grant to support the company’s growing capabilities and production expansion, and has also hosted members of the Australian Army’s 13th Brigade at its facilities in Balcatta.

Brigadier Brett Chaloner CSC, Commander of 13th Brigade, commented: “The Chief of Army and Commander 2nd Division have commenced the reinforcement of Army within WA. To deliver on our objectives, 13th Brigade is rapidly evolving in line with the ‘Army in Motion’ vision. Change, growth and innovation are at the heart of our transformation and supporting that is our increased engagement and understanding of Defence industry capability in our State. It is exciting to see the unique capability that Orbital UAV has here in WA and explore opportunities to work together to deliver on State and nationwide strategic defence objectives.”

Martin Johnston, Chief Operating Officer of Orbital UAV, said: “Orbital UAV has established itself as a world leader in UAV engine design and manufacture, working with prime contractors within the Australian Defence Force supply chain. It was a pleasure to host members of 13th Brigade. As we continue to develop our technologies and look to expand our capabilities within Defence industry, having this engagement and understanding the long-term objectives and needs of the ADF and end-users of our products is incredibly valuable.”

Australia’s Minister for Defence Industry Melissa Price noted in a media release: “Small businesses that develop some of the most innovative and world-leading defence capabilities are the backbone of Australia’s industrial base. From acquiring new specialist components, to manufacturing engines for unmanned aerial vehicles, or making new static targets for international customers, these small businesses are expanding into global markets, generating local jobs and strengthening the sovereign industrial base on which Defence relies.”

Orbital UAV was awarded $195,000 to support the expansion of production capability, as it begins to commission additional engine production lines at its Balcatta operation.

Todd Alder, CEO and Managing Director of Orbital UAV, stated: “With two UAV engine models in production and a further three engine production lines scheduled to enter operation over the next 12 months, this grant will fund the purchase of additional inspection and verification equipment and support the increased throughput of development and production parts. We are delighted to receive this funding and are greatly appreciative of the support Orbital UAV has continued to receive as we build our business and look to support Australia’s sovereign capability objectives.”