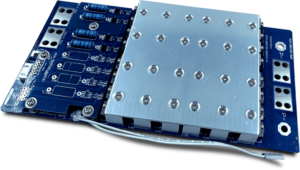 The Lithium Battery Co. (LBC) has announced that its Battery Management System (BMS) will include an option for an NMEA 2000 Wi-Fi Gateway, using a wireless gateway with a high-level protocol to communicate real time battery status to an application.

The communications platform will allow a user to add up to three separate radios that include an alternative to Bluetooth.