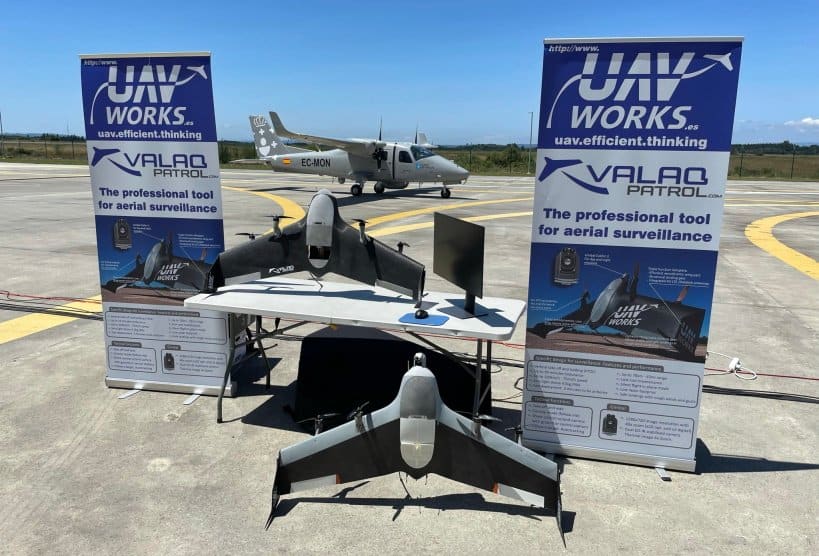 UAV Works has launched the VALAQ Patrol, a new tactical drone for surveillance and defence applications that is based around the company’s existing VALAQ 120 platform. The VALAQ 120 can transition from hovering mode to forward flight and vice versa, combining the advantages of VTOL helicopters with the long endurance and range of fixed-wing aircraft.

The VALAQ Patrol integrates the Colibri 2 surveillance payload from Nextvision, which features IR gyro-stabilised imaging and x40 zoom with a weight of just 180 grams. The system’s portable ground control station (GCS) was upgraded to integrate tactical functions specific to its use cases. The aircraft’s capabilities and fast deployment make it ideal for police, intelligence agencies and military units.

Additional features of the VALAQ Patrol include: