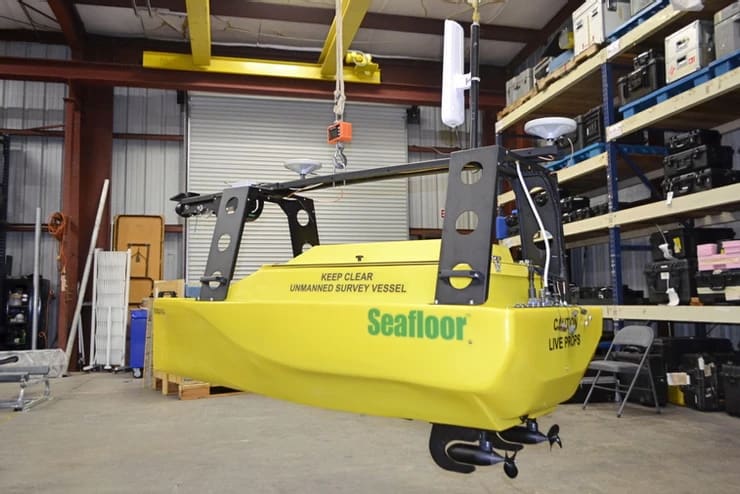 The National Oceanic and Atmospheric Administration’s (NOAA) Navigation Response Branch (NRB) has selected a Seafloor Systems EchoBoat-240 in order to upgrade its autonomous surface vehicle (ASV) fleet. Designed for emergency response and shallow-water survey, the EchoBoat-240 will also be evaluated for potential use as a force multiplier during more traditional hydrographic surveys.

The new ASV will be used to collect bathymetric and imagery data in support of post-storm and other emergency response surveys. In addition, the vehicle may be used for special hydrographic projects like marine debris and habitat mapping.

The EchoBoat-240 ASV provides a number of upgrades over the EchoBoat-160, also currently in use by NOAA. It features a larger wave-piercing displacement hull, waterproof lithium-ion batteries, a SmartCast automated SVP winch system, and individual servo-controlled thrusters. These upgrades will allow the USV to operate in a wider range of sea states with increased endurance, efficiency, and safety. The expanded capability of the EchoBoat-240 enables deployment during emergencies and other survey operations where the current vehicle, nor crewed boats, can deliver the level of safety and efficiency desired.

NRB operates mobile hydrographic surveying units known as Navigation Response Teams (NRTs). These teams deploy to coastal areas to conduct hydrographic surveys after severe weather events. The surveys can identify obstructions that may impede maritime operations and commerce. USVs are deployed from NRT survey vessels, vessels of opportunity, or from the shore to collect bathymetric and imagery data.

The unmanned vessel collects data in shallow water and other areas deemed unsafe for navigation by traditional survey vessels. The data is used to clean up NOAA’s navigational charts by confirming or disproving charted wrecks, rocks, and other obstructions. The vessel also collects data in emergency response scenarios to reopen vital ports and waterways. The upgrades included on the EchoBoat-240 will increase NOAA’s uncrewed survey capabilities for emergency scenarios of the future.