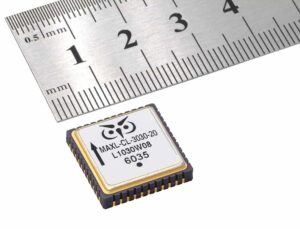 Physical Logic has released an article detailing the process taken by the company to introduce its recently released navigation-grade MAXL-CL-3030 closed-loop MEMS accelerometer. The NPI (New Product Introduction) program was developed after the successful development of new charge release features that minimized charging effects on MEMS device surfaces and enabled mass production of the accelerometer.

The four steps of the NPI detailed in the article include: