C-UAS System DroneFox by WhiteFox Defense Technologies has been successfully tested by international government representatives at a Southern California Soccer Stadium. The omnidirectional drone detection, identification, and mitigation system enabled the government representatives to visualize how a site like a stadium could be protected from drones intruding in the airspace. 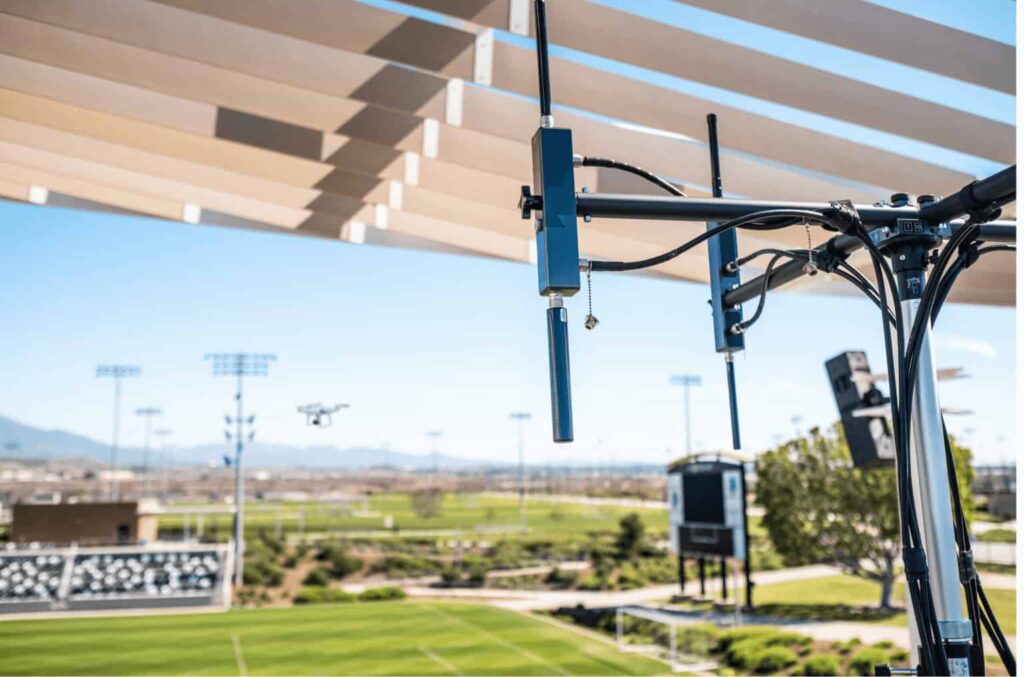 Drones from various manufacturers flew around the soccer stadium simulating potential drone threats while DroneFox detected and identified them in real-time. DroneFox was able to detect and track drones within the 15-kilomeer virtual dome and display a live video feed from the drones, highlighting a critical layer in any airspace security solution.

The number of drone-related incidents at sports stadiums has been increasing with Major League Baseball games subject to various delays due to drones and multiple people charged with flying drones in restricted airspace surrounding the 2021 Superbowl. Such events are increasing the demand for counter-drone technology.

The DroneFox system enables the determination of threat level, as well as providing the drone and pilot’s location and movement in real-time. Drones determined to be hostile can then be then surgically mitigated by DroneFox, landing them safely. DroneFox also integrates with other counter-drone solutions providing additional protection depending on the threat environment and creating a seamless, comprehensive airspace security solution.

“As commercial drone popularity increases, the right counter-drone infrastructure is critical to support safe integration with society” commented WhiteFox CEO, Luke Fox, adding; “Stadiums are just one of the many sites that DroneFox is securing against rogue drones. We are seeing more and more stadium customers desiring protection from reckless and malicious pilots.”