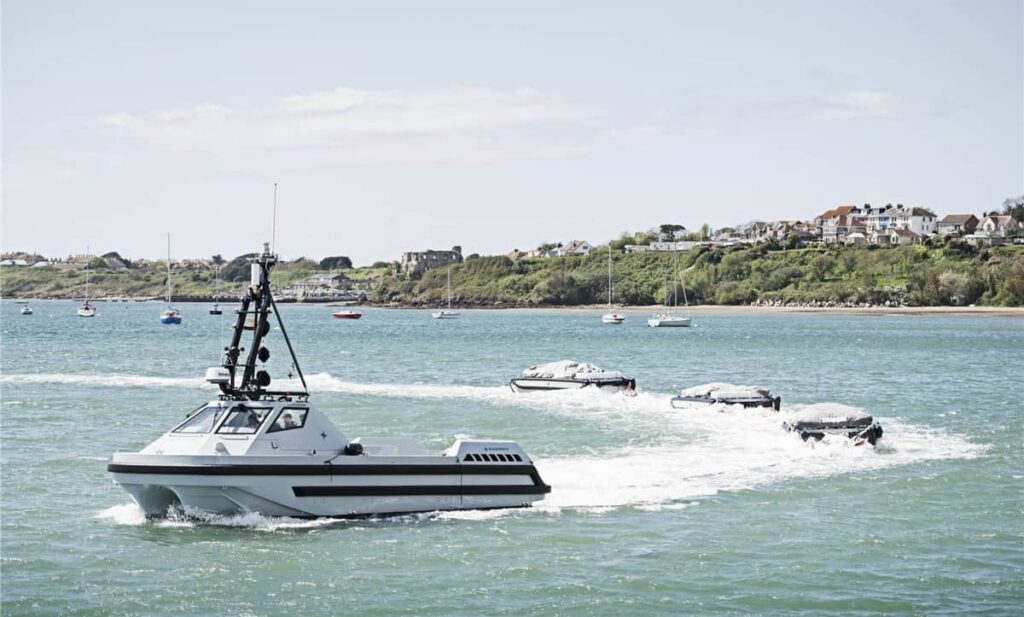 Atlas Elektronik UK has been awarded a contract to build three autonomous Combined Influence Minesweeping systems, also known as SWEEP, for the UK Royal Navy. The systems, designed by Atlas Elektronik UK, will be the Royal Navy’s first unmanned minesweeper vessels, and will allow the Navy to neutralise mines at sea from a remote and safe distance on operations around the world.

SWEEP consists of an Autonomous Surface Vessel (ASV) that tows a sensor unit behind it. This unit uses magnetic, acoustic and electric technology to identify and neutralise different types of sea mines, including modern and smart digital sea mines, which target ships and submarines passing overhead. SWEEP is controlled by a Portable Command Centre from shore or on board a vessel.

SWEEP can be rapidly deployed by land, sea and air and will offer increased protection for both military and commercial vessels.

Jeremy Quin, UK Defence Minister, commented: “This next-generation autonomous technology will be instrumental to our goal of protecting the safety and security of our personnel, while also reaffirming the UK’s unwavering commitment to improve the safety of international waters.”

Sir Simon Bollom, CEO of procurement agency Defence Equipment & Support (DE&S), stated: “This cutting-edge SWEEP technology follows hot on the heels of the contract negotiated for equally innovative autonomous minehunters and provides the Royal Navy with the increased capability they need to deal with modern mine threats.”