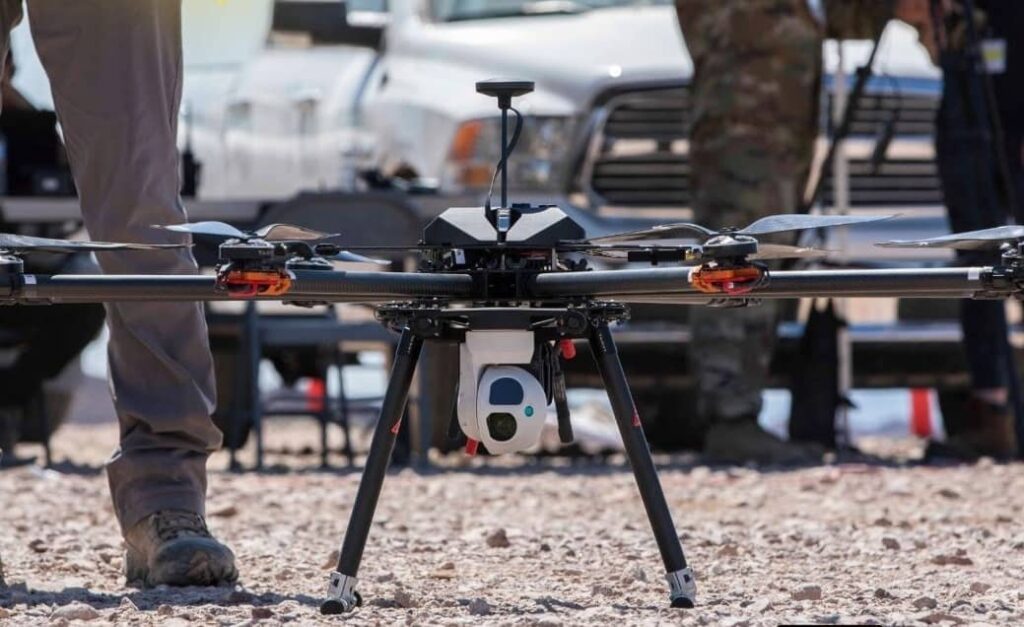 The RAPTOR UAS was composed of SSCI’s Finding Objects via Closed-loop Understanding of the Scene (FOCUS) artificial intelligence-enabled autonomy software integrated into a commercial off-the-shelf UAV airframe with an EO/IR sensor. FOCUS was developed under various DARPA programs and provides full autonomous control of the UAV and its sensor to find, fix, track, and identify targets of interest in complex environments, with only high-level direction from a human supervisor. Identification is performed by an onboard high-performance graphics processing unit using machine-learning based automatic target recognition software.

The RAPTOR test aircraft was given the task to find and localize a simulated enemy target military vehicle more than 1 km from the launch location. The FOCUS software successfully navigated the UAV to the search area and, with knowledge of the terrain below, controlled the aircraft’s flight path and camera direction. Identification of the military vehicle was performed using computer vision, and an immediate alert of the potential threat was provided to the supervisor with a precise location and image for positive identification. The aircraft then returned home without requiring any additional direction from the supervisor.

The software used by SSCI to control the RAPTOR has been specifically designed to be aircraft- and sensor-agnostic, and could be readily adapted to work with other UAVs of various sizes as well as for multidomain operations.

Dr. Owen Brown, SSCI’s Vice President of Research and Development, commented: “The demonstration results of our RAPTOR system are a really big deal. What we have shown is how machine intelligence ‘at-the-edge’ can be used to dramatically shorten the ‘OODA loop’ and provide the military with a distinct advantage in the fight.”