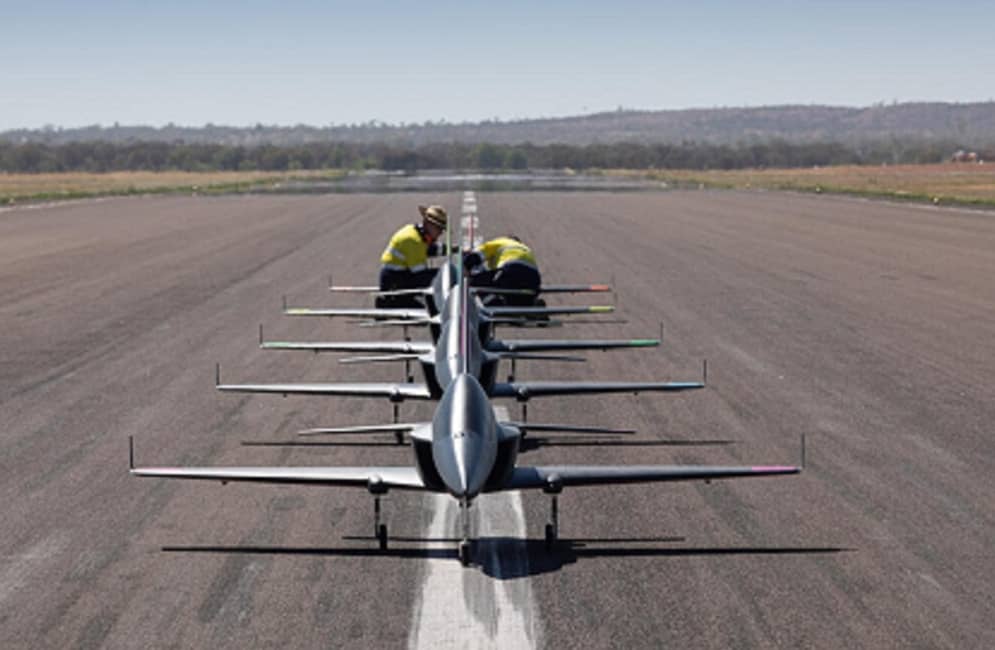 The tests marked the culmination of Boeing’s Advanced Queensland Autonomous Systems Platform Technology Project, undertaken in partnership with the Queensland government as well as over 90 personnel from a number of small-to-medium enterprises including RFDesigns, Amber Technology Ltd., Premier Box, McDermott Aviation and Five Rings Aerospace. The tests flights were performed over a period of ten days, with aircraft incrementally added until the five operated together. During testing, the aircraft reached speeds of 270 kilometers (167 miles) per hour.

The technology and capabilities developed and proven under this project will form part of the Boeing Airpower Teaming System and future Boeing autonomous platforms.

Emily Hughes, director of Boeing’s Phantom Works International division, commented: “The tests demonstrated our success in applying artificial intelligence algorithms to ‘teach’ the aircraft’s brain to understand what is required of it. The data link capabilities enabled the aircraft to communicate with the other platforms so that they could collaborate to achieve a mission.”

“With the size, number and speed of aircraft used in the test, this is a very significant step for Boeing and industry in the progress of autonomous mission systems technology.”