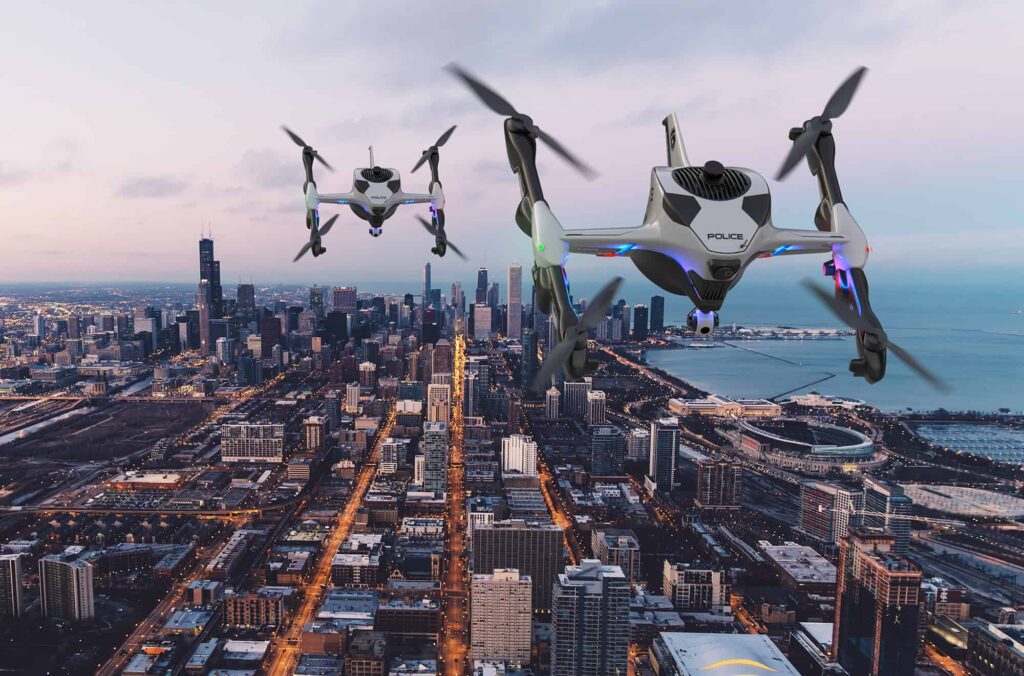 Sonin Hybrid has unveiled a new unmanned aerial vehicle (UAV) with a top speed of over 140 mph designed especially for first responders. The Recruit, which can be operated with an FAA waiver, has a flight time of over three hours, surpassing the limitations of many battery-powered drones commonly flown by police, firefighters, and government officials, and providing the ability to carry out longer missions with heavier payloads.

The Recruit uses a proprietary gasoline and battery-powered system to recharge the drone’s batteries while in flight, and features a lightweight carbon fiber body to further extend its flight endurance. The system’s high-tech payloads, specially selected for first responder missions, include a 30X optical/12X digital zoom 4K video camera with fixed and mobile target tracking, a forward-looking infrared (FLIR) camera for nighttime operations, PA speakers, and a spotlight.

Sonin Hybrid is launching several beta programs with police and fire departments across the U.S. to finalize which capabilities are most important to first responders. According to the company, increased use of drones will mean shorter response times and better prepared public safety personnel in emergency situations.

Curtis Foster, founder of Sonin Hybrid, commented: “While we were in the process of finalizing the design of our hybrid power system for drones, we realized that we could get the most range by designing our own airframe. The next question was: for who? There were plenty of commercial drones out there, but very few were specifically manufactured for first responders. Well before the onset of the pandemic, we decided that police and firefighters needed this technology the most, and immediately set out to build the Recruit.”