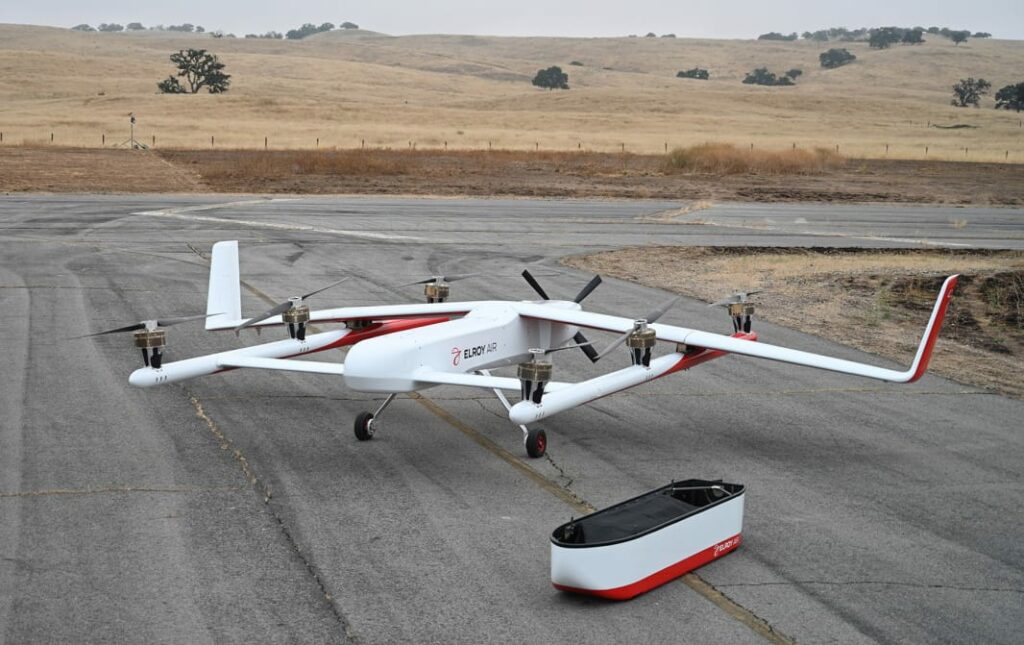 Doodle Labs’ Smart Radio has been selected as the communications solution for a hybrid-electric vertical take-off and landing (VTOL) unmanned aerial vehicle (UAV) developed by Elroy Air. The aircraft, which can carry more than 300 lbs of cargo for up to 300 miles, is optimized for “middle mile” logistics, where packages are delivered from one distribution center to another center, or to a commercial business owner.

Unlike smaller delivery drones that are designed to drop a single item at nearby locations, the Chaparral UAV requires a long-distance communications solution that can maintain links in beyond visual line of sight (BVLOS) situations. The fully autonomous operation of the UAV also requires high-throughput video transmission to maximise safety.

Doodle Labs’ 900 MHz Smart Radio provides not only BVLOS capabilities, but also a number of features that will help future-proof Elroy’s delivery platform as it expands. The Smart Radio’s peer-to-peer mesh networking will provide redundancy as the UAV moves across ground stations and encounters other vehicles flying in parallel. The system is also available in various form factors, allowing for flexibility in development.

Buddy Michini, VP of Software at Elroy Air, commented: “We have integrated the Smart Radios and have been very happy with them so far. With very minimal additional configuration from the default we are bridging all necessary traffic with plenty of bandwidth overhead headroom. I’m happy to report that the radios worked flawlessly through the test flights that we’ve done on the vehicles so far.”

Elroy’s unmanned delivery aircraft are suited to multiple applications, including commercial, military, and humanitarian aid. Due to its ability to avoid traffic, the aircraft can deliver commercial packages faster than a truck, and is also ideal for humanitarian aid and military use as it can “self-deploy” to inaccessible locations.