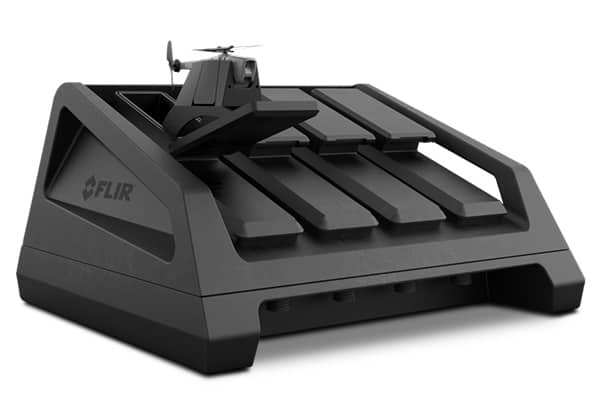 The VRS, based around FLIR’s Black Hornet nano-UAV (unmanned aerial vehicle) Personal Reconnaissance System (PRS), equips armored or mechanized vehicles with an immediate, self-contained surveillance and reconnaissance system. A launch unit mounted to the exterior of the vehicle, with fully-integrated controls within the interior of the vehicle, can deploy up to four Black Hornet drones. The VRS thus delivers real-time situational awareness while crews stay protected inside their vehicle.

The Black Hornet UAV is designed and built by FLIR in Norway. The company has also supplied unmanned ground vehicles (UGVs) to Norwegian military and law enforcement for more than 10 years, including a recent contract to provide more than 20 of its PackBot robots to Norway’s Ministry of Defense and the Oslo Police.

Roger Wells, VP and general manager of the Unmanned Systems & Integrated Solutions business line at FLIR, commented: “Among their many missions, our Black Hornet PRS and VRS systems can help reduce the manpower needed to secure base camps, protect forces, or gather actionable intel on the battlefield. FFI’s program is a good model of collaboration between Norwegian defense and industry to develop innovative, cost-effective solutions that can save lives. We’re proud to be playing a role.”