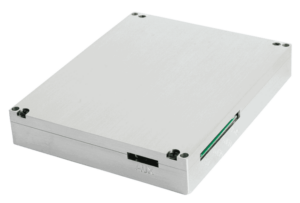 Doodle Labs, a developer of long-range broadband communications for industrial Internet of Things (IoT) applications, has confirmed that an S-Band Smart Radio has been used to successfully create a long-distance data link of 106 KM. This initial test was carried out by Doodle Labs’ customer Paramount Advanced Technologies using a manned Cessna aircraft, and the next phase of testing will integrate the radios into a drone.

Doodle Labs’ off-the-shelf RM-2250-2H-XS S-Band Smart Radios were used for the test. The system operates between 2.2 – 2.3 GHz with 2 Watts (33 dBm) of output power, and the units were coupled with a small 3 dBi antenna on the aircraft and a 23 dBi directional antenna on the ground station. The Smart Radios were able to provide 300 Kbps throughput at distances of up to 106 km.

Ashish Parikh, VP of Business Development at Doodle Labs, commented: “We had designed the Smart Radio to be capable of very long-distance communication and this is a very important field validation. Kudos are certainly due to the Paramount team for their system design and skill in utilizing the Smart Radio effectively.”

Evangelos Petropoulos, GM of Autonomous Systems at Paramount, said: “We’re excited about integrating the Smart Radio into our systems as it provides the best price and performance we’ve encountered in a radio. The Doodle Labs team has been a pleasure to work with.”