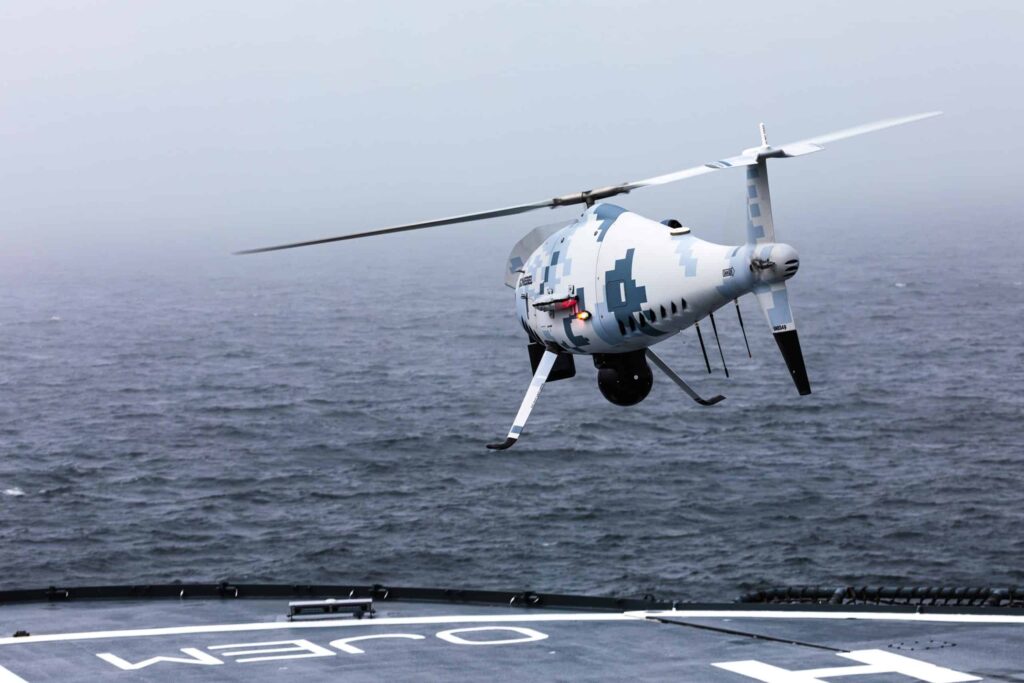 Schiebel has announced that, following an extensive competitive tender process, it has been awarded a contract by the Royal Thai Navy (RTN) to supply its CAMCOPTER S-100 unmanned aerial system (UAS). The contract was signed by Schiebel’s CEO Hannes Hecher and Admiral Prachachart Sirisawat, Director General Naval Acquisition Management office of the Royal Thai Navy, and authorised by Commander In Chief of Royal Thai Navy Headquarters in Bangkok.

The CAMCOPTER S-100 vertical takeoff and landing (VTOL) unmanned helicopter is designed for day or night operation in harsh weather conditions, in both land and maritime environments. It can be fitted with a wide variety of payloads for surveillance, monitoring and data gathering missions.

The CAMCOPTER S-100 will be deployed to the Pakphanang District in Thailand’s Nakhon Si Thammarat province, as well as on the RTN frigate fleet, as both a land and sea based Intelligence, Surveillance and Reconnaissance (ISR) capability. This will be the first time that the RTN has fielded a VTOL UAS for maritime operations. In order to help provide a smooth integration into service with the RTN, as well as manage the commercial offset, Schiebel has partnered with local firm MoraThai Defence Company Limited of Bangkok.

Hans Georg Schiebel, Chairman of the Schiebel Group, commented: “With the Royal Thai Navy, we have another major maritime contract to add to our growing list of customers. Our CAMCOPTER S-100 is recognised for being a reliable and proven UAS, especially at sea, which is why we outpaced all other UAS suppliers in the competitive tender process.”