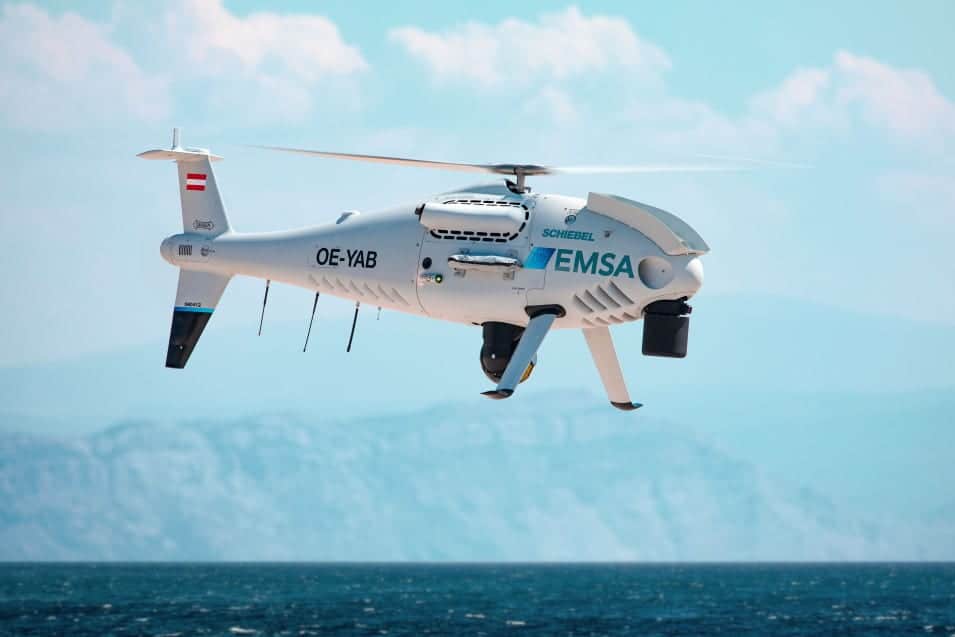 Schiebel has announced that, following two months of successful maritime surveillance in the Republic of Croatia with the company’s CAMCOPTER S-100 helicopter UAS (unmanned aerial system), the European Maritime Safety Agency (EMSA) has extended its contract to the end of this year.

The CAMCOPTER S-100 UAS operated by EMSA is based on the Croatian island of Brač, and has to date executed 67 missions over 210 flight hours. It has been used to carry out routine daytime and nighttime patrolling flights, as well as to provide an on-demand incident monitoring capability and to fly inspection missions. The unmanned aircraft is equipped with a Harris L3 Wescam Electro-Optical / Infra-Red (EO/IR) camera, an Overwatch Imaging PT-8 Oceanwatch payload and an Automatic Identification System (AIS) receiver.

Hans Georg Schiebel, Chairman of the Schiebel Group, commented: “We’re thrilled that EMSA extended the contract to the end of the year. With its extensive experience in the maritime sector and more than 100,000 flight hours around the world, our CAMCOPTER S-100 is a reliable and proven Vertical Takeoff and Landing UAS.”