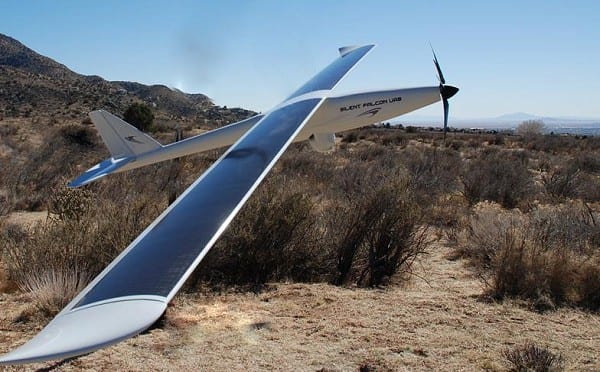 Silent Falcon has recently introduced a three radio SF TriAntenna Ground Control Station for the UAS that is powered by Silvus Streamcaster components, as well as the portable SF ATAK Field Observer Kit that provides real-time streaming videos with map overlays on tablets and smartphones to operators on the ground. The Observer Kit allows dissemination of critical real-time data to no longer be restricted to ground station observers and remote command centers, and will be deployed initially to support wildfire fighting efforts for the US Department of Interior.

“With 5 hours of flight time and an array of payload sensor options, Silent Falcon needed a low-SWaP radio capable of delivering high bandwidth communications over great distances,” said Kasey Cooper, Director of Unmanned Systems at Silvus Technologies. “After rigorous testing of other datalinks, Silent Falcon engineers determined StreamCaster 4200 to provide the best performance-to-SWaP ratio. We are excited to support the team at Silent Falcon as they deploy their innovative platform into a variety of mission-critical applications.”