International media group and leading digital publisher Future PLC (LSE: FUTR) is pleased to announce the U.S. launch of The Video Show, to be held December 4-5, 2019 at the Walter E. Washington Convention Center in Washington D.C.

As the Mid-Atlantic region’s biggest event for video professionals and enthusiast, The Video Show encompasses every aspect of video and content creation, showcasing a multitude of brands alongside a dedicated program of seminars, live demos and masterclasses throughout 15 premium Studios. The inaugural U.S. event follows the successful U.K. launch of The Video Show, which debuted earlier this year in March in conjunction with The Photography Show at The NEC in Birmingham. The U.K. event drew 32,000 visitors and 300+ brands, including top industry names like Blackmagic Design, Canon, Nikon, Sennheiser and more. 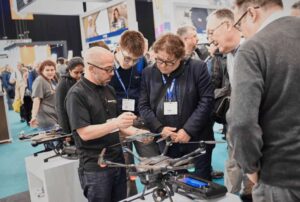 Aimed at attracting attendees from a broad range of industries including production, broadcast, streaming, online/mobile media, events, newsgathering, government, education, AV, and more, The Video Show will allow enthusiasts and professionals alike to get their hands on the latest gear, try out new techniques, and learn about different aspects of videography from some of the best names in the industry.

Participants can expect to see hundreds of sessions across The Video Show’s 15 premium Studios, each delivering its own unique content including panel discussions, tutorials, keynote addresses and presentations delivered by experts in their fields:

“We are absolutely thrilled to be bringing The Video Show to the United States,” said Jonny Sullens, Head of Events, Future. “Following on the success of the U.K. event earlier this year, we’re confident that The Video Show will become a must-attend video expo and conference for Washington DC and Mid-Atlantic region video professionals and enthusiasts, as well many other visual storytellers, so they can remain at the top of their game.”

“In today’s rapidly evolving video production landscape, we’re excited to offer professional videographers a chance to get up close and personal with the best in the business,” said The Video Show conference director Cristina Clapp. “With 15 specialized Studios of premium content ranging focused on independent filmmaking, streaming, live events, sports production, web and mobile video to the future of video and beyond, The Video Show has something for everyone.”