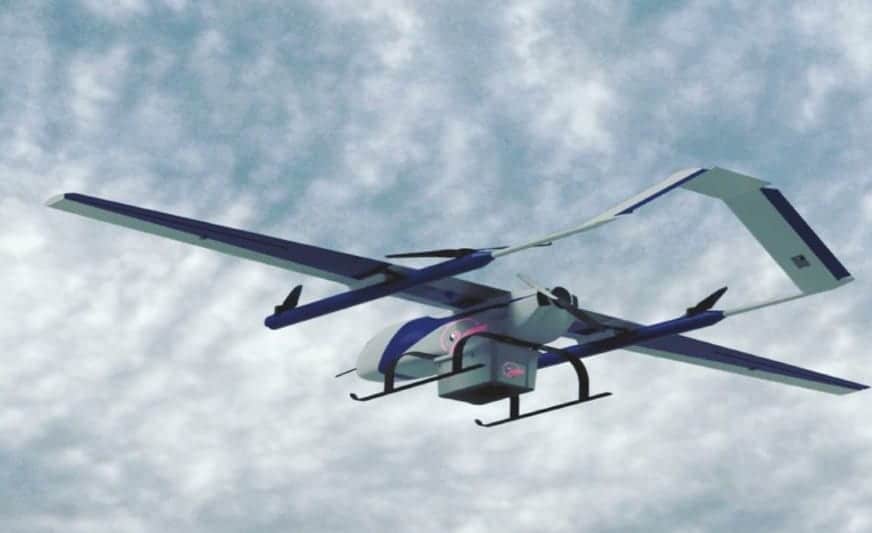 The delivery originated at Abaco Aviation Services, a private FBO at The Leonard M. Thompson International Airport in Marsh Harbour and completed its delivery at Green Turtle Cay in 28 minutes. Previously this same delivery would require transit in both a car and on a ferry. Vertical take-off and landing (VTOL) capabilities allowed the drone to land and safely deliver its payload without any infrastructure required. In total, the fully autonomous flight covered nearly 50 miles, crossing both land and water.

The flight also marked the first time that a UAV operated in controlled airspace at an active commercial international airport outside of emergency operations. Fli Drone was in communication with and is grateful for the support it received from local officials including Marsh Harbour Air Traffic Control.

The Bahamas’ maiden UAV delivery was attended by leaders in the public and private sectors, including leaders of the Bahamian government. Attendees included Captain Stephen Russell (Director of the National Emergency Management Agency), Andrea Linden (Nurse-in-Charge Ministry of Health Abaco), various members of the Royal Bahamian Defence Force and members of the Volans-i and Fli Drone teams.

“Volans-i is excited to embark on this strategic partnership with Hogfish Ventures and offer drone delivery services in The Bahamas through Fli Drone,” said Hannan Parvizian, CEO and Co-Founder of Volans-i. “We see The Bahamas as a nation that is willing and wanting to adapt to match the pace of technology. Innovation in delivery systems, such as the leaps that drone delivery systems have enabled, should allow everyone to have new ways to tackle the challenge of getting supplies where they need them at the exact moment they need them.”

“The Bahamas is the most opportunistic area in the world for UAV deployment and development. Our inter-island nation can greatly benefit from a streamlined supply chain, capable of delivering goods to any island with minimal infrastructure,” said Robert T. Sweeting, Hogfish Ventures CEO & Co-Founder.

Over the next 6-12 months Fli Drone will expand their on-demand aerial delivery services powered by Volans-i in The Bahamas to 70+ locations serviced from 2 main hubs with a capacity of transporting 1,000 lbs. of cargo per day.