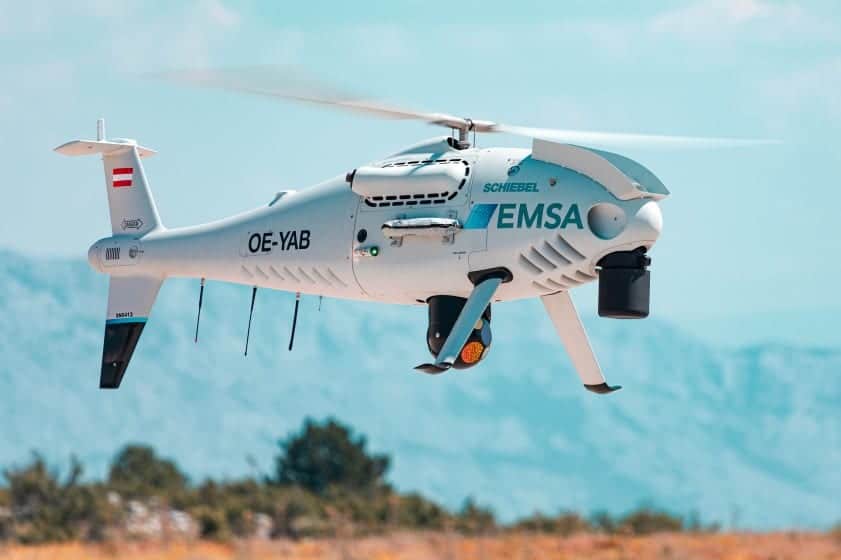 Schiebel has announced that the Republic of Croatia’s Maritime Safety Directorate of the Ministry of Sea, Transport and Infrastructure has requested the company’s CAMCOPTER S-100 UAS (unmanned aerial system) for maritime surveillance services. The request was made via the European Maritime Safety Agency (EMSA).

The service provision for Croatia will assist in maritime Coast Guard functions such as search and rescue, monitoring and surveillance, ship and port security, vessel traffic, environmental protection and response, ship casualty assistance, as well as accident and disaster response. For these purposes, the CAMCOPTER S-100 UAS will be based on the island of Brač and will carry out regular patrolling flights, on-demand incident monitoring missions and specific inspection operations. The S-100 will execute these tasks equipped with an L3 Wescam Electro-Optical / Infra-Red (EO/IR) camera gimbal, an Overwatch Imaging PT-8 Oceanwatch payload and an Automatic Identification System (AIS) receiver.

“The CAMCOPTER S-100 is the perfect Vertical Takeoff and Landing UAS to perform these Coast Guard functions,” noted Hans Georg Schiebel, Chairman of the Schiebel Group. “Backed by an impressive service record in the maritime domain, the S-100 has established itself as the best choice whenever sophisticated maritime surveillance is required.”