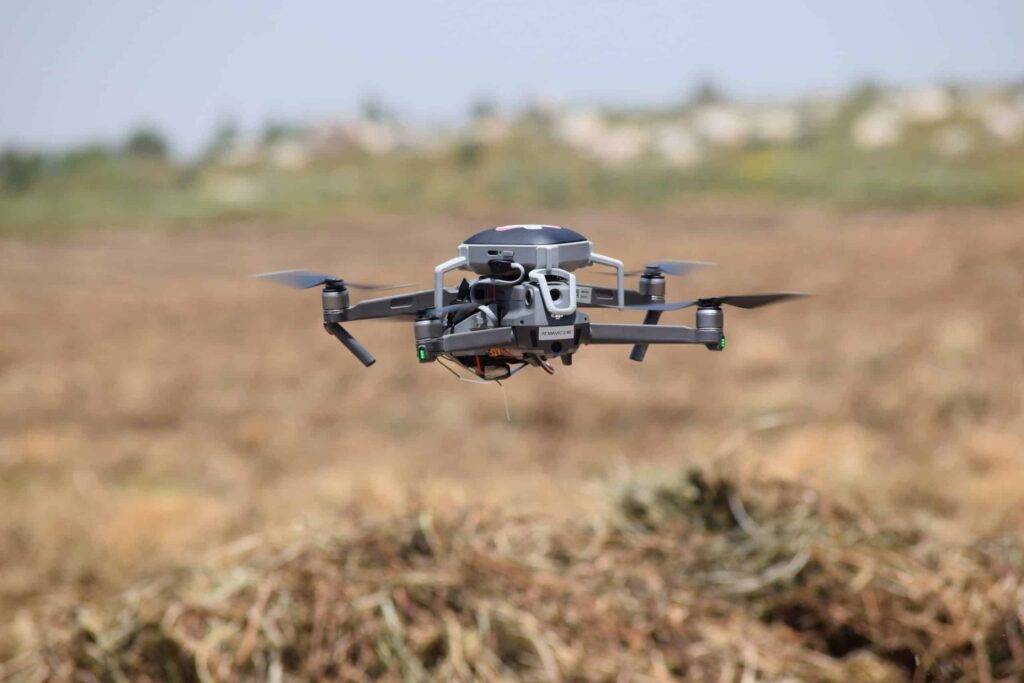 Drone safety company ParaZero Technologies has announced that, together with the Northern Plains UAS Test Site (NPUASTS), it has completed the testing and compliance process for ParaZero’s SafeAir Mavic drone parachute system in accordance with ASTM F3322-18.

ASTM F3322-18 Standard Specification for UAS Parachutes was designed to enable civil aviation authorities (CAAs), like the FAA, to determine whether a parachute system is airworthy for flight over human beings. Among other requirements, the standard defines over 45 aerial deployment tests in various failure scenarios, verified by a third party.

ParaZero’s ASTM compliant SafeAir Mavic is designed specifically for DJI’s Mavic 2 series. The SafeAir System is a smart parachute system that monitors UAS flight in real time, identifies critical failures, and autonomously triggers a parachute. The system contains a flight termination system, a black box to enable post-deployment analysis, and a warning buzzer to alert people below of the falling drone.

The completion of the compliance process for the SafeAir Mavic will open the doors for UAS operators that are interested in the possibility of safe and legal UAS operations over people using the DJI Mavic 2. The FAA recently granted a waiver for flight over people to an operator using ParaZero’s ASTM compliant SafeAir Phantom.

The third-party validation provided by NPUASTS played a crucial role in the ParaZero testing. The ParaZero project is in line with the work the NPUASTS is doing to promote the safe integration of UAS into the National Airspace System (NAS). The ability to safely operate UAS over people and in urban environments through waivers and approval is important for the growth of the UAS industry.

“Third-party validation of the SafeAir Safety System for the Mavic is a necessary step for the industry to help advance operations of small UAS in various environments,” said Nicholas Flom, the Executive Director of the Northern Plains UAS Test Site. “With the partnership from ParaZero, we are one step closer to realizing routine flight operations over persons on the ground.”

“Following the precedent setting waiver announced earlier this week, we are excited to launch our second ASTM compliant SafeAir System,” said Avi Lozowick, Vice President of Policy and Strategy at ParaZero. “We are lucky to have partners like NPUASTS for this process; their aviation experience is second to none.”