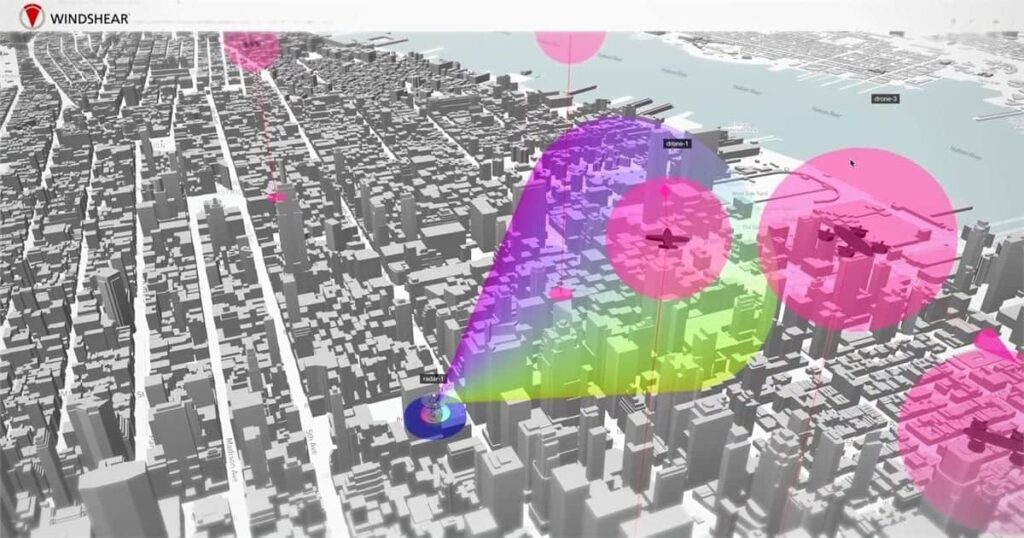 Raytheon Company and Black Sage have announced that the two companies are partnering through a formal teaming arrangement to provide an integrated drone detection and mitigation system for civil authorities, critical infrastructure and military organizations around the world.

“As we saw at Gatwick and Heathrow airports, drones operating inside commercial air corridors are posing a real challenge,” said Todd Probert, vice president of Raytheon Intelligence, Information and Services. “And though Raytheon has developed a range of counter-drone systems, from missiles to lasers to high-powered microwaves, authorities also need a system that can safely stop and land a drone where it may not be safe to shoot them down. That’s why we’ve teamed with Black Sage on a solution safe enough to operate in a populated area.”

To defend urban environments, like airports and cities, against drones, Black Sage’s sensors, AI, and radio-frequency jammers have been integrated into Raytheon’s Windshear command and control system. This combined system allows a single operator to control a network of sensors and effectors that safely and quickly track, take over or land drones flying where they shouldn’t.

Though the integrated system is designed primarily for urban environments, the systems are rugged enough to operate at even the most remote military bases.

“Together we address a diverse range of customer missions combining some of the deepest and strongest capabilities in the industry,” said Dave Romero, managing partner at Black Sage. “Customers now have access to an unprecedented and complete kill-chain; one that can be deployed as narrowly or broadly as the mission requires.”