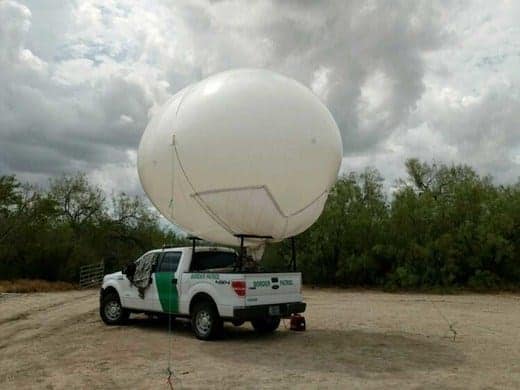 Drone Aviation Holding Corp, a developer of specialized, tethered aerial monitoring and communications platforms, has announced that it has received its first contract award for its newly designed aerostat product, the WASP Lite, from a U.S. Army customer. WASP Lite is the culmination of significant product development and testing that successfully completed training and operational evaluations conducted at multiple U.S. Army bases.

“We are honored to have received our first contract award for our WASP Lite system from this important customer and are privileged that both our WASP and WASP Lite systems have been selected by the U.S. Army,” said Jay Nussbaum, Chairman and CEO of Drone Aviation. “As demonstrated by first-hand customer evaluations, WASP Lite will be a critical asset on the modern, networked battlefield. This award is a testament to our team’s unwavering vision and ability to produce innovative products that combine persistent communications coupled with a powerful eye in the sky, capable of meeting stringent military requirements.”

The WASP Lite system is an ultra-tactical persistent aerial asset designed to be easily transportable in a series of ruggedized cases and is quickly deployable to fill vital capability gaps on the battlefield. Utilizing the proven capabilities of the Company’s larger WASP tactical aerostat system incorporated into a highly mobile, minimized footprint design, WASP Lite is a compact, non-trailer based, persistent aerostat system that can be setup and deployed virtually anywhere – on the ground, on a building rooftop or on the back of a vehicle – and operated while stationary or while moving up to 40 mph. WASP Lite can be deployed up to 1,000 ft. and supports a wide range of payloads including multiple communications waveforms, ISR and signal intelligence (SIGINT).