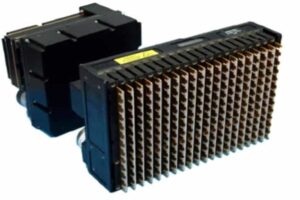 Leonardo has announced that it has signed a multi-million Euro contract with prime contractor QinetiQ to provide a number of PicoSAR Active Electronically Scanned Array (AESA, also known as ‘E-Scan’) radars. The radars will equip the new unmanned Intelligence, Surveillance, Target Acquisition and Reconnaissance (ISTAR) unmanned aerial vehicles (UAVs) that have been ordered by the Canadian Armed Forces. Designed and manufactured by Leonardo in Edinburgh, UK, PicoSAR will be employed by Canadian military units at sea and on land, for both domestic and international operations.

PicoSAR offers high-performance E-scan surveillance capabilities in an extremely compact package. It is ideally suited for installation aboard the Canadian Armed Forces’ new system, which is based on the lightweight UMS Skeldar V-200 Unmanned Aerial System (UAS). With PicoSAR on-board, operators will benefit from a range of modes including high resolution Synthetic Aperture Radar (SAR) imaging and Ground Moving Target Indication (GMTI). Together, these will deliver an effective all-weather ground mapping and surveillance capability for ISTAR missions.

The contract is an example of Leonardo’s open approach to partnerships in the service of providing the best solution for a customer’s needs. As well as equipping its own platforms, Leonardo offers its advanced airborne electronics directly to end users and also works with a wide range of industrial partners to provide sensor capabilities for third party platforms. In this case, Leonardo has worked closely with QinetiQ to ensure that the PicoSAR radar is a good fit for the needs of the Canadian Armed Forces.

PicoSAR is an extremely flexible system and has flown on more than 10 different aircraft. The radar has been flown in Oceania, the Far East, the Middle East, Europe, North Africa, North America and South America and has been acquired by more than 10 customers. PicoSAR is part of a wider portfolio of airborne radars that include M-Scan (mechanically-scanning) and E-scan (electronically scanning) systems for both surveillance and fire-control missions.