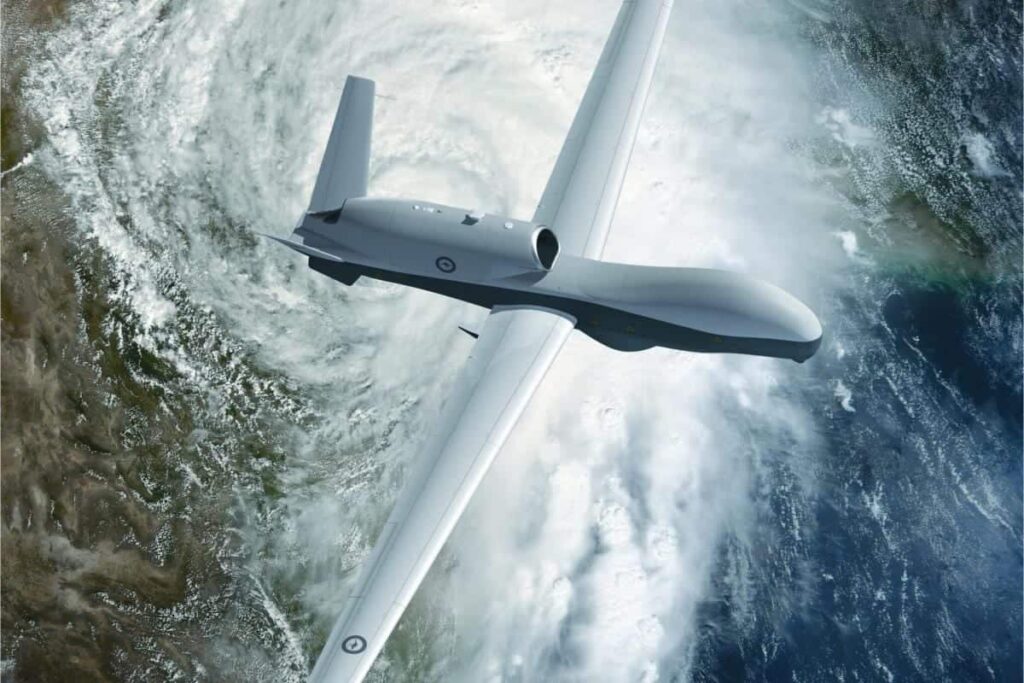 The Australian Ministry of Defence has announced that the Government has committed to purchasing another MQ-4C Triton Remotely Piloted Aircraft (RPA).

This unmanned aerial system (UAS) is the second of a planned fleet of at least six Triton aircraft that Australia is acquiring through a cooperative program with the United States Navy.

Minister for Defence, the Hon Christopher Pyne MP said the Triton acquisition was an important part of strengthening the security of Australia’s maritime boarders.

“The Triton – which will complement our manned P-8A Poseidon aircraft – will significantly enhance our anti-submarine warfare and maritime strike capability as well as our ability to monitor and secure Australia’s maritime approaches,” Minister Pyne said.

“These capabilities help us protect our maritime area from threats such as people smuggling, and the exploitation of our natural resources from activities like illegal fishing.”

“The Tritons will also be able to undertake enhanced intelligence, surveillance and reconnaissance tasks to support whole-of-government operations.”

“The project is expected to create about 70 jobs in South Australia and the Northern Territory,” Minister Reynolds said.

“Just last month Northrop Grumman – the manufacturer of the Triton – signed an Australian Industry Capability Deed with Defence, which will result in even more investment and enhanced opportunities for Australian companies.”

The approval of the second aircraft means that the project is on track to see the first Triton aircraft introduced into service in mid-2023 with all six planned to be delivered by late 2025, based at RAAF Base Edinburgh in South Australia.