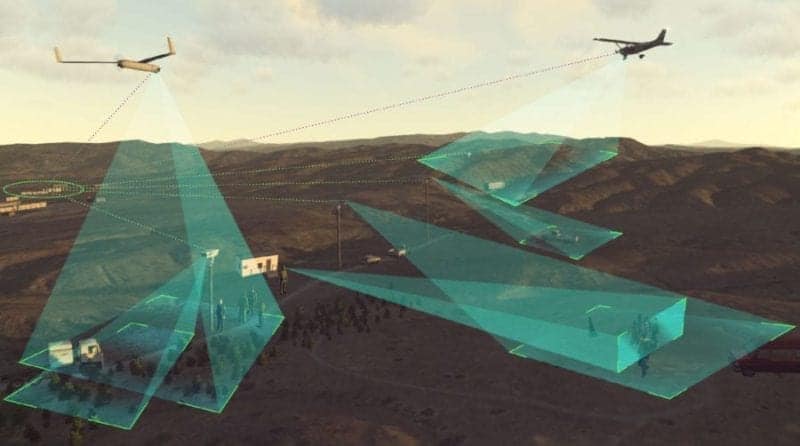 VT MAK has announced the release of version 1.3 of the company’s VR-Engage multi-role virtual simulator, which allows users to act as the pilot or sensor operator of a wide variety of unmanned aerial vehicles (UAVs) as well as manned aircraft. VR-Engage 1.3 adds significant new capabilities, including a brand-new Sensor Operator role, new virtual and augmented/mixed-reality capabilities, enhanced voice-over-DIS/HLA radios, and significant new terrain and content capabilities.

VR-Engage comes with MAK’s built-in CameraFX module which allows users to control blur, noise, gain, color, and many other camera or sensor post-processing effects. The optional SensorFX add-on can be used to increase the fidelity of an IR scene – SensorFX models the physics of light and its response to various materials and the environment, as well as the dynamic thermal response of engines, wheels, smokestacks, and more. VR-Engage also supports customizable information overlays that can be displayed on top of the camera or sensor view.

Virtual reality applications are visually immersive, but generally lack the ability to interact with physical devices, because the user cannot see their hands, or the devices they need to interact with. To overcome this limitation, VT MAK has introduced Augmented/Mixed Reality support in VR-Engage 1.3.

VR-Engage can receive real-time mono or stereo video feeds of the real world from forward-facing cameras mounted on a head-mounted display, and can combine real and virtual elements into a unified mixed-reality scene projected onto the HMD’s stereo displays. Automatic masking of desired real-world elements such as hands and body, touchscreens, and real devices such as throttle/stick and pedals or instrumented guns is achieved through a combination of green-screen (chroma key) techniques and geometry masks. VR-Engage has been tested and demonstrated with the HTC VIVE’s built-in mono camera, the VIVE Pro’s built-in stereo cameras, and with the higher-fidelity Zed Mini stereo cameras – which can be mounted on any vendor’s HMD.

VT MAK has enhanced VR-Engage’s built-in voice-communications model and interface (voice over DIS/HLA) – including more flexible configuration of multiple radios and channels, an updated UI, and the ability for an instructor to jam radios directly from the VR-Forces GUI.

VR-Engage 1.3 is built on VR-Forces 4.6.1 and VR-Vantage 2.3.1, so it is able to leverage new terrain, content, and performance improvements that were added in those versions, including:

In addition, VR-Engage now comes with several updated ground vehicle models with 3D interiors, new DI-Guy characters, and access to MAK’s latest high-fidelity desert village terrain – based on the “Kilo2” MOUT site at the Camp Pendleton Marine Corps base. Along with this new terrain, VT MAK now provide a new demo scenario that shows off many of the capabilities of VR-Engage and VR-Forces.