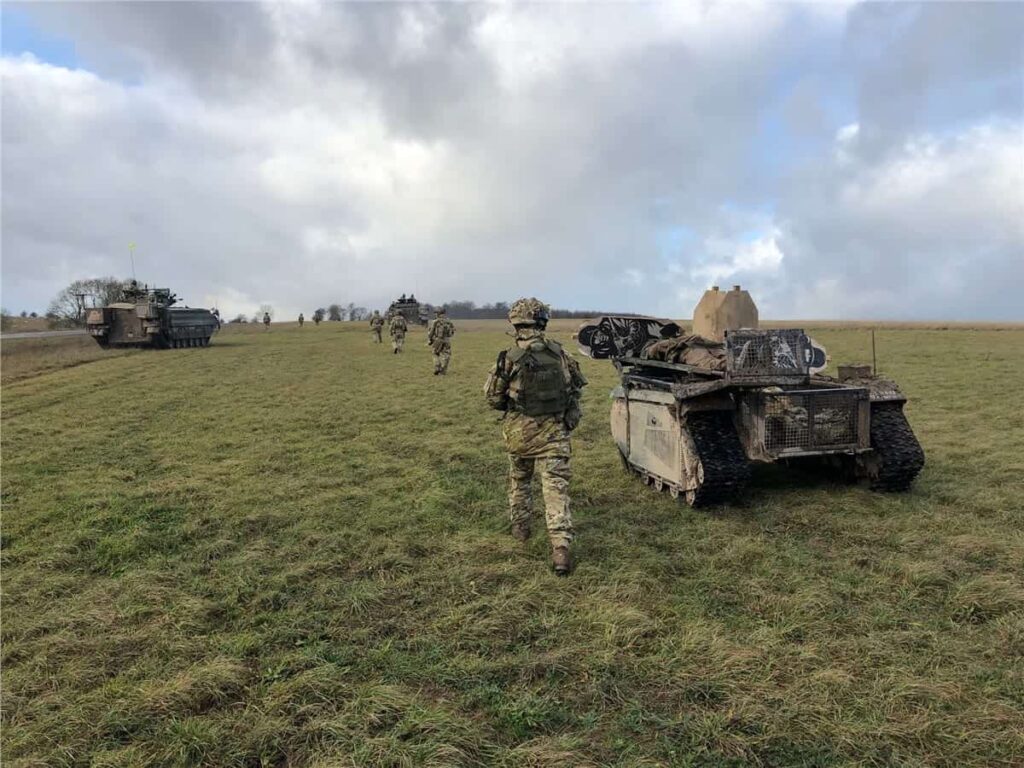 Milrem Robotics has announced that four of its Titan unmanned ground vehicles (UGVs), developed in conjunction with Qinetiq, were put through three weeks of rigorous tests by British troops during the Army Warfighting Experiment 2018 (AWE18) – Autonomous Warrior (Land). With four vehicles, Milrem Robotics was the most represented UGV manufacturer in the exercise.

“The main goal of the experiment, which concluded last week, was to determine how new unmanned technologies can enhance soldier survivability and effectiveness on the modern battlefield,” explained (Cpt, ret) Juri Pajuste, Program Director at Milrem Robotics, who took part in the exercises.

“The feedback from the users was very positive and they were surprised how agile and durable Milrem’s UGV is,” Pajuste added. Of the four Milrem Robotics developed UGVs, two were deployed by Milrem Robotics and two by QinetiQ. The Milrem fielded systems included one configured as a casualty evacuation and logistical support unit and a second unit equipped with a tethered multi-rotor drone pod provided by Threod Systems.

One of the four UGVs was TITAN Strike, a prototype system carrying a Kongsberg remote weapon station, fully controlled by a remote operator and using QinetiQ’s Pointer system as a means of integrating the capability with dismounted infantry. The second system, TITAN Sentry, also enabled with Pointer, featured a Hensoldt provided sensor suite including electro optical and thermal imaging cameras and a battlefield radar.

Keith Mallon, campaign manager at QinetiQ, said: “AWE 18 is the conclusion of months of hard work, maturing TITAN Sentry and TITAN Strike. We have enjoyed working closely with Milrem Robotics and are looking forward to future collaboration, working together with the world leading THeMIS platform.”

QinetiQ also utilized one of the 2 TITAN platforms in a logistics configuration as part of its work on the UK’s Autonomous Last Mile Resupply challenge, with demonstrations taking place alongside AWE18.