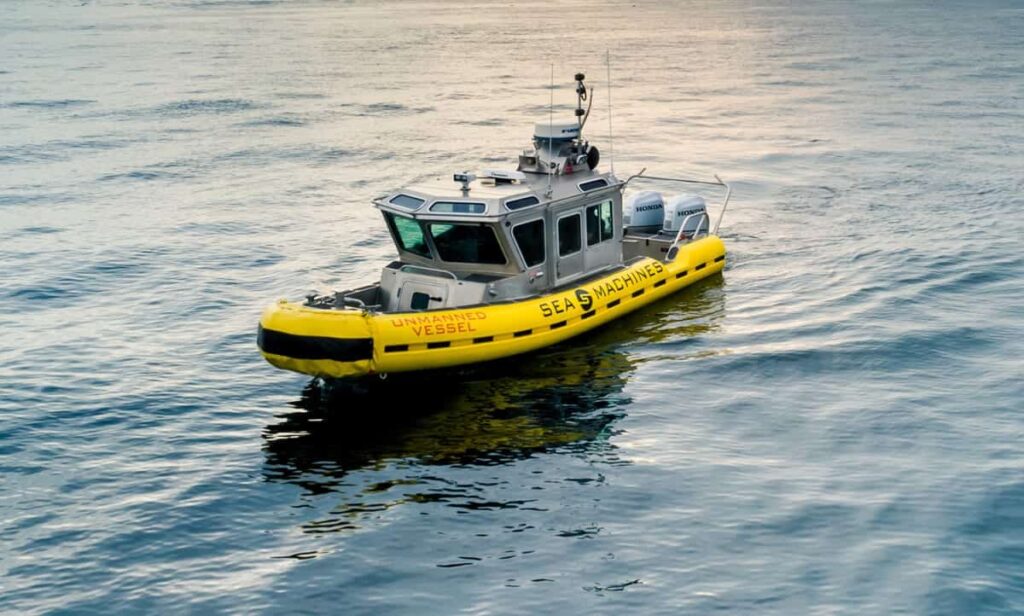 Sea Machines Robotics, a developer of autonomous technology for marine vessels, has announced the successful completion of product sea trials of the company’s introductory line of intelligent command and control systems for unmanned surface vessels (USVs), developed for the demanding challenges of offshore commercial, scientific and government applications.

“This is the advanced technology that mariners have long been awaiting,” said Sea Machines’ CEO Michael G. Johnson. “Our products allow operators and crew to focus on higher-value tasks while at sea, empowering a commercial vessel to do more with predictable results and lower operational costs. Missions such as survey, fishing, dredging, surveillance and offshore energy support can now be executed productively around the clock and in extreme weather conditions, with improved crew safety and efficiency.”

The SM product family can be installed into existing or new-build vessels, and incorporates communication interfaces for integration with on-board digital, analog and mechanical systems. Sea Machines’ modular design ensures that installation and commissioning can be completed in only days for most vessels.