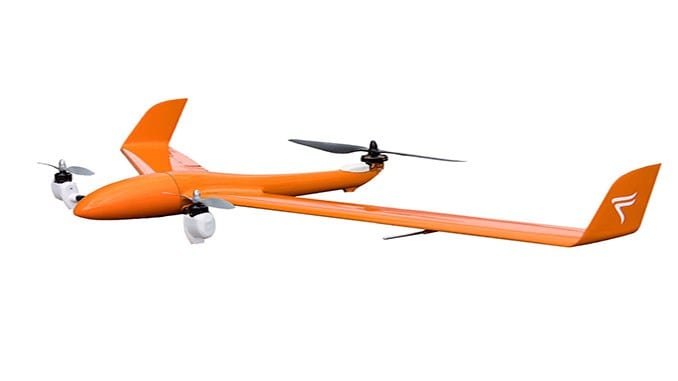 FlightWave Aerospace Systems has announced that its Edge unmanned aerial vehicle (UAV) was deployed aboard the Schmidt Ocean Institute’s Research Vessel Falkor in an area of the Pacific Ocean approximately 1,000 miles west of Southern California in an area called the Subtropical Front. The unmanned aircraft was operated as part of a high-tech flotilla of autonomous underwater vehicles (AUVs), autonomous surface vessels (ASVs), and UAVs that aimed to establish a new method for observing dynamic ocean systems and processes with autonomous vehicles that maintain constant communication between themselves and a remote control center on the Falkor.

The ecological mysteries of the Subtropical Front are extremely important for scientists to unravel and understand, and also offer a highly valuable opportunity for researchers to experiment with the simultaneous management of multiple autonomous vehicles.

Principal Investigator João Tasso de Figueiredo Borges de Sousa of the Laboratório de Sistemas e Tecnologias Subaquáticas (LSTS) from Porto University and his team led the effort, along with researchers from the Interdisciplinary Centre of Marine and Environmental Research (CIIMAR), a leading research and advanced training institution of the University of Porto in Portugal; Technical University of Cartagena in Spain; Norwegian University of Science and Technology in Norway; and U.S. researchers from Harvard, University of Rhode Island, and Lamond-Doherty Observatory.

The Edge was part of a group of autonomous marine vehicles being used to map out ocean fronts. Researchers used it to try out three types of sensors: a thermal camera to measure sea surface temperature, a multispectral camera to detect plankton, and a special sensor made by NASA that measures a gas called DMS emitted by plankton.

“Operating from a ship out in the middle of nowhere enabled us to demonstrate the Edge’s versatility and airworthiness,” said FlightWave co-founder and CTO Trent Lukaczyk, Ph.D. — who was part of the team at sea. “And there’s only one good place to land: back on the ship. The Edge’s VTOL and payload swapping are important capabilities out here. And networking into a system of autonomous assets via the Falkor’s network and supercomputer put this demo on a whole new level.”