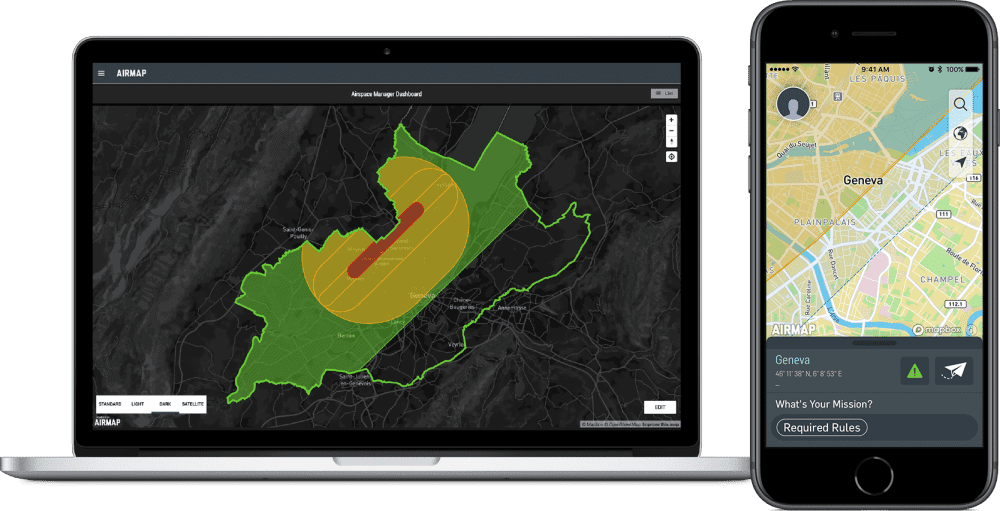 skyguide, the Swiss air navigation service provider, and AirMap have announced that the two companies have successfully demonstrated Swiss U-space services nationwide in Switzerland. The demonstration was part of the Drone Innovators Network event put on by the World Economic Forum (WEF) in collaboration with the Federal Department of the Environment, Transport, Energy and Communications (DETEC) and Presence Switzerland.

skyguide is the first to deploy U-space services nationwide. U-space is Europe’s vision for the digital infrastructure to support safe and secure access to European skies for millions of drones. Like the U.S. “Unmanned Traffic Management (UTM)” initiative, U-space is a collaborative effort to enable situational awareness, data exchange, and digital communication for the European drone ecosystem. It is a powerful catalyst for the drone economy in Switzerland, home to a thriving community of drone companies.

In the demonstration, dozens of drones performed a wide variety of commercial tasks, including medical supply delivery and weather monitoring, across the entire country of Switzerland. Each drone connected to the skyguide system, which is powered by AirMap technology, to receive live information about airspace structure and traffic awareness, and to publish live positioning and flight path information to an air traffic management dashboard. The dashboard visualized fully integrated traffic stream for manned and unmanned aircraft.

“Last September, we successfully demonstrated U-space concepts with 3 flights in the city of Geneva,” said Alex Bristol, CEO of skyguide. “Today, we deployed nationwide U-space services showing live manned and unmanned traffic for dozens of drone use cases across Switzerland. This tremendous progress proves that U-space facilitates a safe and secure airspace system and that Switzerland is leading the way in drone innovation.”

“Today skyguide and AirMap showed that UTM services are ready to be deployed and can support live commercial drone services throughout Switzerland, and eventually across Europe,” said AirMap co-founder and chairman Ben Marcus. “It is an exciting prospect for Europe’s growing community of drone operators and sets a clear path that others can now follow.”

skyguide and AirMap had previously announced that they would join forces to develop Europe’s first national drone traffic management system: Swiss U-space. AirMap also announced that it has opened an office in Zurich and will build a team there to work closely with skyguide to support Switzerland’s thriving drone ecosystem.