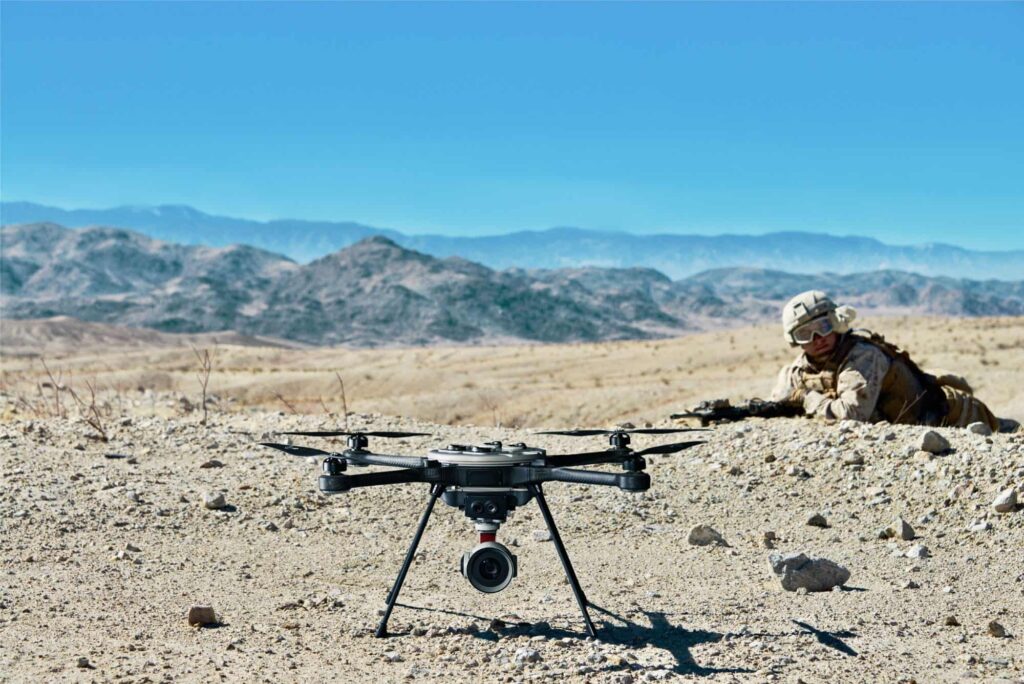 Aeryon Defense USA has announced its new multi-mission Defense and Federal Government Group 1 Vertical Takeoff and Landing (VTOL) small unmanned aircraft system (sUAS), the R80D SkyRaider, which will be shown publicly for the first time at AUVSI XPONENTIAL in Denver.

The R80D SkyRaider is Aeryon Defense’s most advanced military-grade sUAS, delivering a range of versatile Group 2-3 payload capabilities with the agility and single-operator deployment footprint of a proven Group 1 VTOL aircraft, the ability to carry and deliver multiple payloads up to 4.4 lbs, an open architecture, and fast, powerful embedded artificial intelligence (AI) computing devices.

Aeryon Defense has transformed Aeryon Labs’ commercial product into the R80D SkyRaider to meet the specific requirements of the U.S. Department of Defense and Federal Government. The SkyRaider’s expanded carrying capacity, open payload architecture, and dynamic and responsive flight control, provides a high level of flexibility in a single sUAS.

The SkyRaider carries a suite of long-range, high-resolution, stabilized daylight and IR imaging payloads. These are supplemented with a front-mounted EO/IR payload for day and night situational awareness and secondary view-angle ISR when carrying non-optical payloads.

With the ability to rapidly attach, carry and deliver payloads, SkyRaider can retrieve and deliver nearly any object up to 4.4lbs for forward resupply, asset extraction or other specialized missions.

In addition to the advanced payloads developed by systems engineers within Aeryon Defense, Aeryon’s new Payload Development Kit (PDK) extends payload development capability to the end users and third-party integrators, enabling the rapid development of application-specific payloads for the SkyRaider platform. The PDK enables full integration with the SkyRaider airframe, to allow for a variety of possible missions including:

The Aeryon Application Development Kit enables integration with common Ground Control Station or other host software systems, to control SkyRaider in a “system of systems” deployment.

The SkyRaider was developed through a process where the end-user defined what they needed in a man-packable drone. Aeryon Defense is committed to a joint product development process that is informed by their Defense and Federal customers at every stage.

With multiple embedded NVIDIA TX2 processors, the SkyRaider is a flying supercomputer with an engine for real-time artificial intelligence at the network edge, including object detection and classification. When missions call for operation in denied RF environments, a Dark Mode enables semi-autonomous flight plans without an active C2 link. This enables applications such as beyond visual line of sight (BVLOS) payload emplacement and clandestine ISR in non-permissive environments. GPS Zeroize capability ensures that no sensitive information falls into enemy hands. With GPS Zeroize turned on, no location records are stored, and no video is recorded on the aircraft.