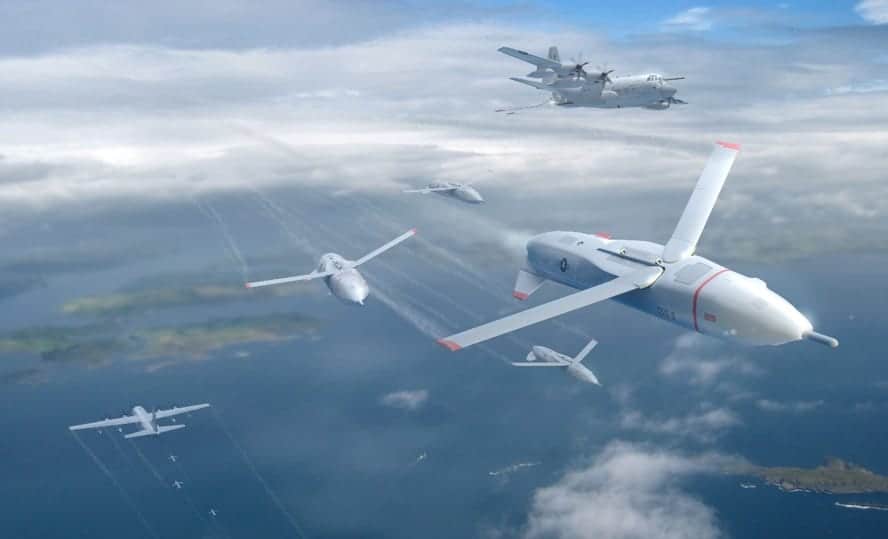 Kratos Defense & Security Solutions, Inc. has announced that its subsidiary, Kratos Unmanned Aerial Systems, as part of a Dynetics-led team, has been selected for award on Phase III of the Defense Advanced Research Projects Agency (DARPA) Gremlins program. The goal of the Gremlins program is to demonstrate safe and reliable aerial launch and aerial recovery of multiple unmanned aerial vehicles (UAVs), capable of employing and recovering diverse distributed payloads in volley quantities. On the Gremlins program, Kratos is a critical team member responsible for providing the Gremlin UAVs through both development and ultimate production. Under the Phase III contract, Kratos will lead fabrication, structural and subsystem testing, assembly, integration, and test of prototype Gremlin UAVs. Additionally, Kratos will support air vehicle flight tests, recovery tests and system demonstration, as well as planning for potential future capabilities and ultimately the fielding of an operational system.

Steve Fendley, President of the Kratos Unmanned Systems Division, said, “We are proud to support Dynetics on the Gremlins program which has been a key element of our strategic focus to position Kratos as the world leader in low-cost, high performance jet powered Tactical Unmanned Aerial Systems (UAS). To satisfy the complex and multi-faceted elements and challenges on the Gremlins program, with Dynetics, an industry leader in complex system engineering and integration, as the prime and Kratos providing the low cost high performance UAS, we have enjoyed a strong, cooperative, and successful partnership which has enabled our progression to the important Phase III award. The ultimate goal is to transition this technology to an operational program, which will substantially increase the utility of tactical UAVs as compared to today’s operations and will greatly enhance our warfighter’s capability through technology, mass (in terms of quantity), and range. We see this Phase III win and the upcoming demonstration as a critical step and prerequisite in progressing to that transition.”

Mark Miller, Vice President for Dynetics Missile and Aviation Systems, said, “Kratos is a critical part of our Gremlins team. Our respective companies’ corporate cultures align well, and our capabilities complement one another. The expertise and experience Kratos brings in rapid development of low-cost, re-usable, composite airframes combined with an innovative, agile, design team is exactly what this fast-paced program requires.”

Eric DeMarco, President and CEO of Kratos, said, “Our team is proud to have been successful in this very competitive solicitation with our Prime Partner Dynetics. Kratos is the world leader in high performance jet powered unmanned aerial drone systems, and we are applying this leadership to the Gremlins program.”