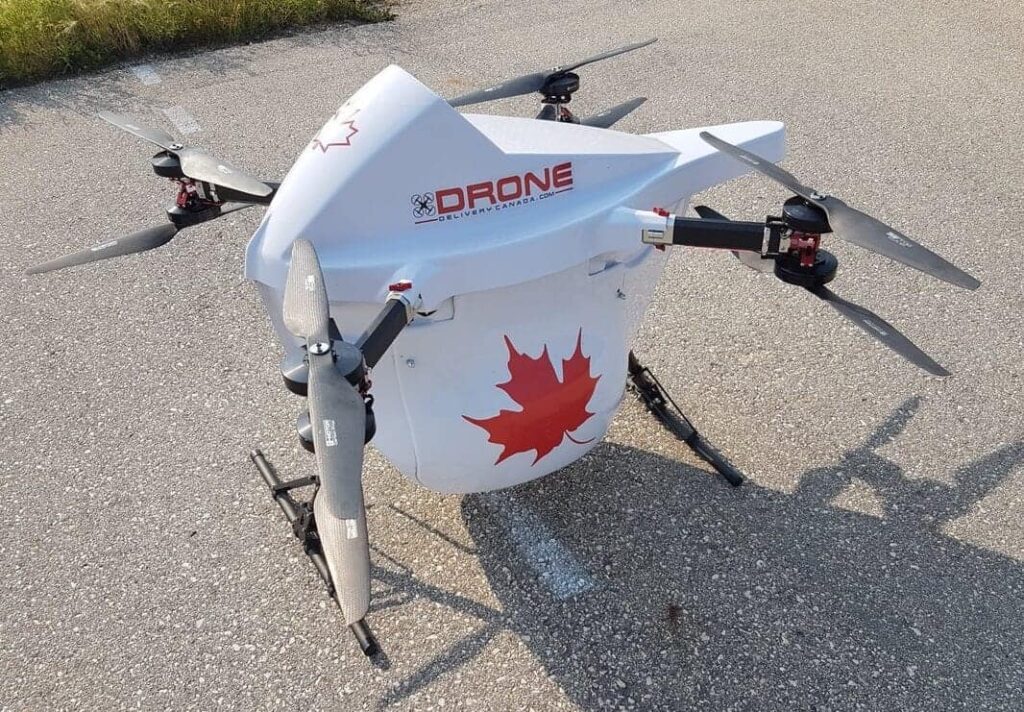 Drone Delivery Canada (DDC) has announced that it has completed a series of successful test flights in the United States of America at the Griffiss International Airport located in Rome, New York.

“Testing at Griffiss was a natural extension for continued progress with our platform in a BVLOS non-segregated airspace environment. An active runway with large aircraft, helicopters, and general aviation aircraft is the latest advancement to our operations team airspace integration efforts and a progression from the knowledge learned during DDC’s Moosonee operations, which remain ongoing. We are pleased to report 100% success rate with all our test fights and look forward to our expansion into the USA which has now begun in earnest,” commented Paul Di Benedetto, Chief Technology Officer of Drone Delivery Canada.

The Griffiss International Airport, located approximately 500 KM from the Company’s Canadian facilities, is one of seven FAA-designated UAS Test Sites that provides BVLOS (Beyond Visual Line of Site) Research and Development capabilities and long-distance testing corridors within active airspace.

“I am pleased that Drone Delivery Canada’s testing at Griffiss International Airport was a success and that the company chose our test site for its first ever operation in the United States,” said Oneida County Executive Anthony J. Picente Jr. “This partnership is further evidence of how Oneida County is leading the way in the advancement and development of the UAS industry.”

“Testing at Griffiss was a significant milestone for DDC and the beginning of our USA expansion program. In addition to our continued advancements in Canada, we look forward to continued success in the USA and are pleased to report the team has been working very hard working alongside key stakeholders including the Federal Regulator. We would like to thank all stakeholders, including the Federal Aviation Administration (FAA) and a special thanks to the Griffiss International Airport, the Oneida Country Department of Aviation and the NUAIR Alliance for assisting us with our international development efforts,” commented Mark Wuennenberg, Vice President Regulatory Affairs of Drone Delivery Canada.